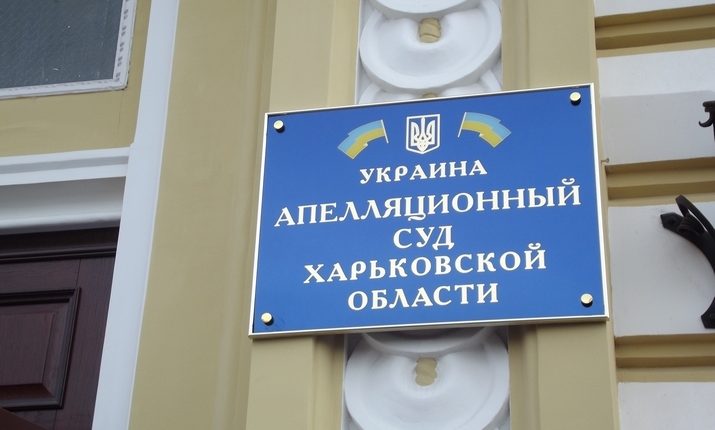 Legend on the photo – Ukraine, Kharkiv Region Court of Appeal

Kharkiv Region Court of Appeal was to have the trial for a hate motivated homicide of a gay on March 10. However, the court session was postponed to April 11 because of the judge’s sickness.

As we wrote before, the lawyer of the family of the deceased appealed against the decision of the previous court that charged the murderer who had stabbed the victim 28 times to mere 8 years of imprisonment.

Roman Likhachov, the lawyer of the family, demands re-qualify the murder as “murder of extreme atrocity” and consider the motive of hatred in his appeal claim to the Kharkiv Region Court of Appeal.

“The court must consider the motive of hatred for this crime. Besides, lower court gave [murderer] basically minimal sentence. So we believe that there are good reasons for either changing the sentence or bringing the case to another judicial authority for a new hearing by differently constituted bench,” Likhachov told Gay Alliance Ukraine.

Read also: The homophobic man who got minimal sentence for the murder of a gay can get another penalty(ru)

Let’s recall that in January 2015 student of one of Kharkiv higher education establishments murdered a young gay man of 26 years old. The criminal stabbed the victim with his knife 28 times. The crime was thoroughly planned and usually it’s considered as aggravating circumstance. However, last November Kharkiv court sentenced him with mere 8 years of imprisonment. Such a mild punishment was explained with “the attitude of the murderer to the crime committed, his initiative, the aim of making acquaintance with the victim and amount of physical injuries.”

Likhachov believes that 15 years of imprisonment would make a suitable penalty. “According to the “Savchenko law” the murderer has already served a year for two years. It means that as a matter of fact he will be free on parole in 3 years. As the result, the price of a human life is literally 4 years in jail. But this is nonsense!” the lawyer resented.

Volunteers about Queer Home: first of all it is freedom