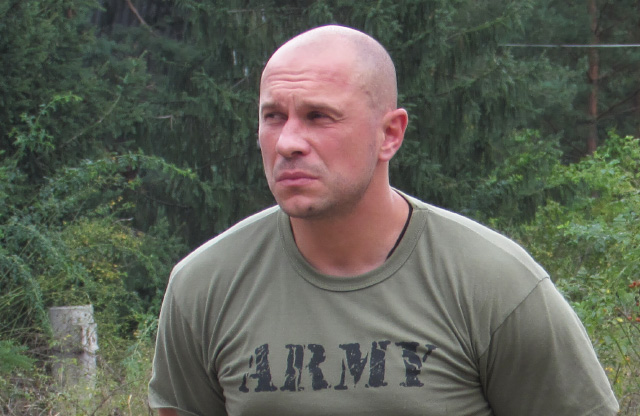 TV channel 112 Ukraine reports that the Ministry of Internal Affairs hasn’t seen homophobia in the post of Illia Kyva, the head of the Department of countering drug-related crime of the National Police, in which he actually called for killing gays.

“Commenting it to our channel Kyva confirmed the authenticity of the post, but refrained from making any other comments. The spokesman of the Ministry of Internal Affairs informed „112 Ukraine“ that they saw only a citation from the Bible in the post of Kyva, no any homophobic hints”, reports the channel.

Read also: Spokesman of Ministry of Internal Affairs Artem Shevchenko: Comment of Kyva is not his official position (ru)

As we wrote on March 21, Illia Kyva decided to speak out about the failure of the Equality Festival in Lviv. “LVIV! THE BIBLE, LEVITICUS 20:13. If there is a man who lies with a male as those who lie with a woman, both of them have committed a detestable act; they shall surely be put to death. Their blood guiltiness is upon them. P.S. Read the Bible, believe GOD! ”, wrote Kyva on his Facebook page, thereby actually calling for violence and killing of LGBT.

Later he deleted this post from his page, but it was too late: screenshots with a comment of the head of the Department of countering drug-related crime were spread all over the internet. 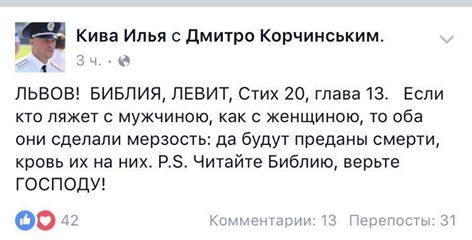 We recall that on March 19 the Equality Festival in Lviv was derailed because of the bomb threat made by telephone to the hotel where the event took place. Moreover, the aggressively disposed radicals surrounded the hotel and threw stones and firecrackers at the police cars when the festival participants were being evacuated. Later they organized a “safari” looking for the guest of the festival all over the city. A number of politicians said what happened in Lviv was unacceptable. But, for example, the mayor of Lviv is sure that the court made the right decision to ban the festival, and its organizers are provocateurs in the same way as their attackers.