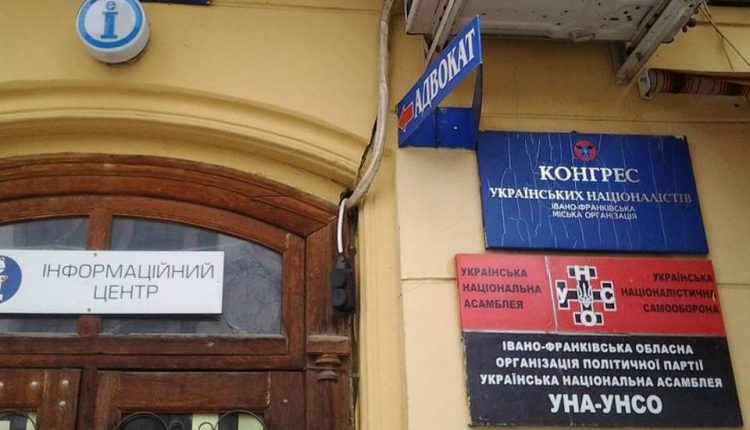 “European values hide lots of interesting and dangerous things,” the leaflet tells. “Homodictatorship, gender ideology and multiculturalism are vigorously trying to get into yet traditional way of life of Ukrainian nation that still respects the institution of family and simple rules of morality.”

“People who make abortions legal, invite refugees-robbers-rapists, give freedom to LGBT perverts and teach kids in schools to contract same-sex marriages – they tell us what Ukraine should be like, how we should make peace with Moscow, provide for LGBT interests, accept migrants of colour.  Gambling on people’s disasters, European integrators try to blur the essence of European Union. Resist zombification!” the piece of prop says. 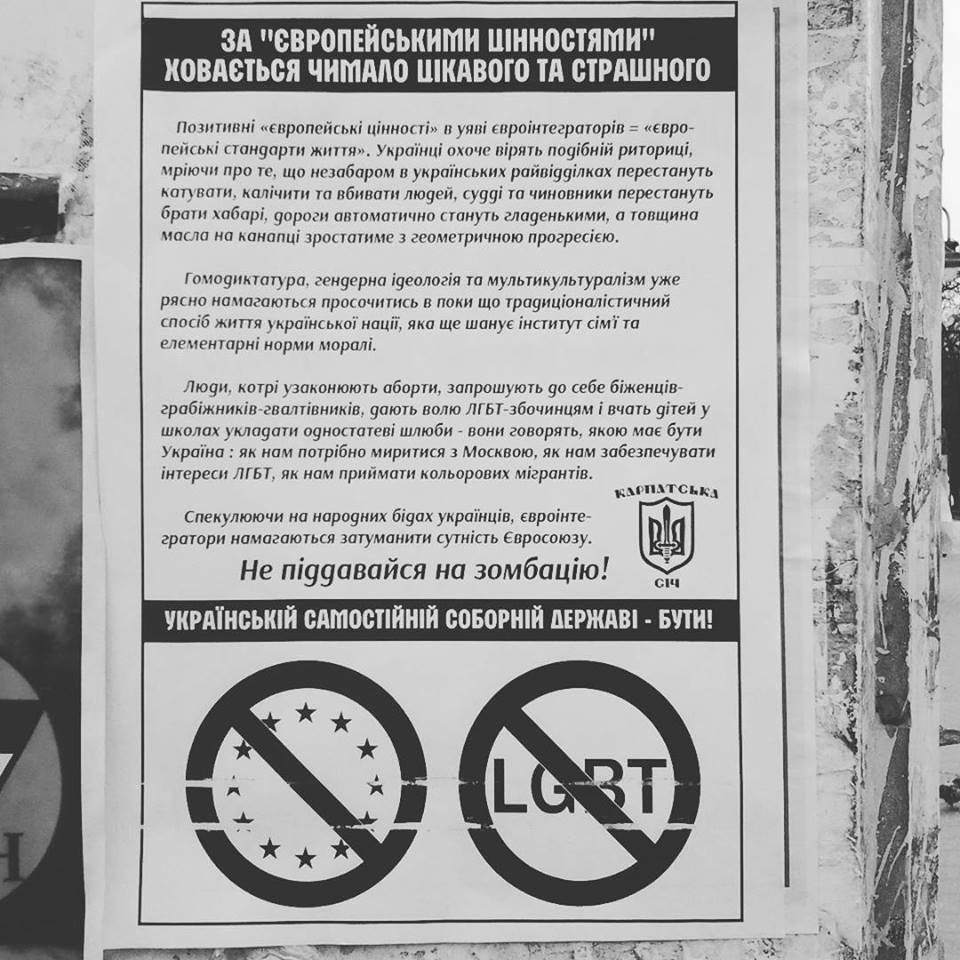 Odesa writer and publicist Vsevolod Nepogodin who recently visited Ivano-Frankivsk, made photos of one of such leaflets and put it on his Facebook page.

Read also: The Mayor of Ivano-Frankivsk spoke out against abortions and same-sex marriages in Ukraine

However, the Mayor should not worry too much. Most LGBT in Ivano-Frankivsk live in a closet, “hiding” from people and communicating in the Internet mostly. An openly gay student named Mykhailo told it in the interview to the Galka news agency.

The young man claims that Ivano-Frankivsk is a “wonderful city” and says that he doesn’t see any homophobia acts towards himself. “Of course, I don’t walk the streets waving banners but even strangers who know [about my homosexuality] don’t allow themselves any negative hints on “wrong” sexuality. It is like that not because they cannot, but because they are people,” he adds.

That said Mykhailo believes that LGBT community must be more visible and must take the issues of rights equality and non-discrimination to the public sphere so that Ukrainian society could get rid of prejudices and evolve towards tolerance.