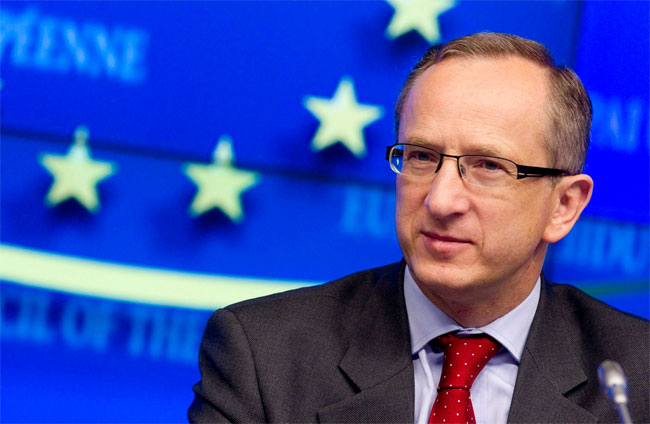 As it was said in the statement of the Delegation of the European Union to Ukraine quoted by UNIAN, the Head of the Delegation Jan Tombiński condemned the attack on LGBT activists who wanted to take part in Lviv Equality Festival on March 19.

“EU takes principled stands as for the assistance with nondiscrimination of the citizens on the grounds of their sexual orientation and gender identity,” Tombiński’s statement says. “Cultural, traditional and religious values can’t be an excuse for any kind of discrimination including discrimination of LGBT community members.”

Let’s recall that on Saturday the organizers of the Equality Festival in Lviv had to leave the city because the participants of the event were evacuated from the hotel after a false call about bombs in the hotel. Aggressive tough guys in ski masks threw stones in their bus. The court had banned LGBT quest in frames of the festival right before it.

Lviv city council called the Equality Festival and LGBT quest inappropriate referring to “considerable public outrage”. According to the law enforcers the police didn’t arrest those who were throwing stones in the buses having just preventive talks with them.

Ukrainian office of Amnesty International human rights organization pointed out that comments of the authorities regarding LGBT encourage right radicals to the acts of violence against members of the community.