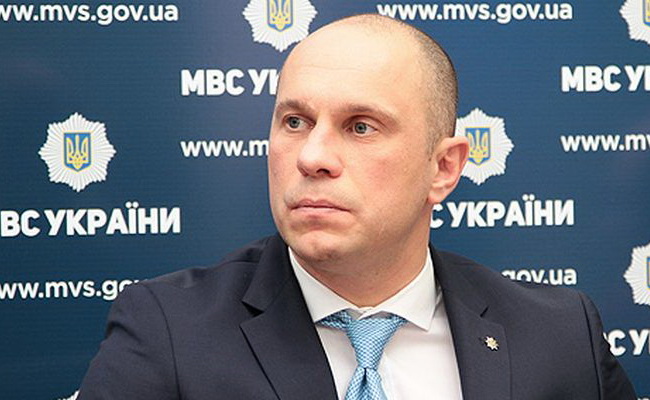 The international organizations helping The Ministry of Internal Affairs of Ukraine with reforming the National Police were addressed with a request to handle the situation with Illia Kyva. A lawyer Masi Nayyem, initiator of the address, wrote about his intentions to send it to main office of ICITAP (The International Criminal Investigative Training Assistance Program) that directly supported the creation of the National Police. Here is the full text of the address.

We appeal to all the international organisations, which help Ukraine's Ministry of Internal Affairs. At the moment, National Police of Ukraine reform is being implemented. Thanks to the support provided by International Criminal Investigative Training Assistance Program as well as some members of parliament – Patrol Police of Ukraine was created.

With this letter we want to kindly ask you to pay your attention to the appointed Head of the Department of countering drug-related crime of National Police of Ukraine – Mr. Ilya Kiva.This official violates the Constitution of Ukraine, publicly diminishing honor and dignity of people on his own Facebook page, threatening them, ignoring the presumption of innocence, publishes photos of people, calling them criminals without a trial or investigation.

Today Ilya Kiva wrote a new post on his page in a social network (the post was deleted later; a screenshot is here https://goo.gl/zS8TPS) in which he is openly making fun of the principles of of the civilized world, which call for tolerance towards the LGBT community.

Please, again, note that this was not written by a private individual, but by the Head of Department of the National Police of Ukraine.

As citizens of Ukraine we kindly ask you to understand this situation, sort it out adequately. We ask you to stop supporting lawlessness or contribute to his dismissal and bringing him to justice.

GAU supports the address to the international organizations and believes that it’s outrageous to nominate people thinking in medieval terms for senior positions in the National Police. 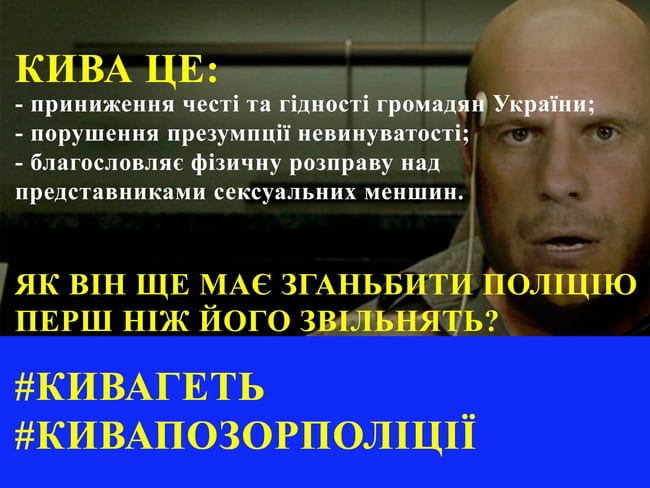 Text: Kyva is –compromising honour and dignity of Ukrainian people;

How else must he disgrace the police before he’s dismissed?

Let’s recall that in his comments to the Equality Festival in Lviv the head of the Department of countering drug-related crime of the National Police Illia Kyva basically appealed for the violence against LGBT. “LVIV! THE BIBLE, LEVITICUS 20:13. If there is a man who lies with a male as those who lie with a woman, both of them have committed a detestable act; they shall surely be put to death. Their blood guiltiness is upon them. P.S. Read the Bible, believe GOD! ”, wrote Kyva on his Facebook page.

At the same time the head of the communications department of the MIA of Ukraine Artem Shevchenko claimed that Kyva’s comment “is not his official position.”