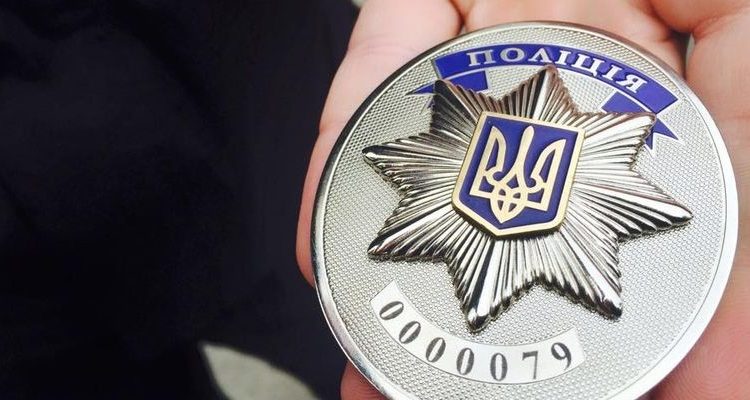 The Question of LGBT and European Integration international conference held on March 16-17 in Kyiv has signalled that the Ukrainian LGBT community has support within the country and abroad. The foreign politicians and diplomats, Ukrainian MPs and law enforcement officials, members of the human rights organizations from Ukraine and neighbouring states, and the LGBT activists were among conference speakers. You can read more about it in our next publication, but now we would like to highlight the position of our law enforcement.

Read also: The Question of LGBT and European Integration of Ukraine international conference will take place in Kyiv

The Head of the Main Investigation Department of the National Police of Ukraine Oleksii Kriukov was among the speakers at the conference. His speech confused and caused an outcry among the guests and participants. One of the main messages of the police official was the statement that the police work hard to investigate hate crimes, including crimes motivated by homophobia and transphobia. However, as we have written already, the statistics is quite different. For example, Kriukov mentioned 9 crimes motivated by sexual orientation in the last year! Indeed, the National police present this figure specifying that only one of them is a proven fact. In other cases, the motive of homophobia is indicated as probable.

Read also: How much does it cost to beat up a person: about homophobia, statistics and violence against LGBT

As for the remedial action the police take, the speaker identified two ideas: to record the motive of homophobia in the victim impact statement and to place motivational poster in the police offices. The latter should influence the reluctance of the investigators to add the motive of homophobia to the criminal proceedings. It is rather unclear, but expected that Kriukov remembered the attack on the police officers during the Equality March in 2015, but “didn’t notice” the attack on the participants of the march. The attack in Kharkiv motivated by racism as an example, also caused some misunderstanding, while none of the crimes motivated by homophobia hasn’t been brought up during LGBT (!) conference.

“I am outraged that Kriukov, as the Head of the investigation department told that he wasn’t allowed to talk at the time about safety, about the Equality Festival in Lviv. He said, however, that they (police – editor’s note) are really good and investigate the hate crimes”, tells Yurii Yorskyi, the programme director of GAU. “And then Kriukov said that they had identified only 9 crimes motivated by homophobia for the last year, whereas we identified 26 crimes motivated by homophobia and transphobia in the framework of the GAU project in partnership with Nash Svit. What is there to talk about?” The Head of the investigation department also said that it was very difficult for their department to identify what is a hate crime, adds Yurii, “I agree on that. But there are tools developed by many activists of the LGBT community and human rights defenders. That’s why I am sure we could help them with it.”

The representative of the human rights centre Nash svit Oleksandr Zinchenkov underlines that police should stop denying protection to the victims of the attacks – both literally and with regard to the characterization of the offence, “According to the observations performed by Nash Svit, there are many examples in the regions, when the police refuse to accept the statements from the gay victims of hate crimes or strongly “persuade” them not to file such statements. The wrong characterization lies in the fact that the police try to “take no notice” of the real motive of the crimes motivated by homophobia, and consider these offences as ordinary hooliganism or infliction of bodily injury. That’s why it is not possible to keep records officially, and consequently, to quantify the true extent of the problem.”

There are two main recommendations for the police, adds Oleksandr – to enhance the investigation practice of hate crimes, whether certain investigators like it or not, and to keep detailed records of these crimes. “The third and indeed the main recommendation applies to our members of parliament – to adopt an amendment to the Criminal Code, which stiffens penalties for the crimes motivated by homophobia and transphobia”, thinks the human rights defender. The LGBT community has already begun to help the police, he notes, “Our centre has provided the National police with all data on such crimes, which we kept records of in 2015. We shall see, how things turn out. We will advance the necessary amendments to the Criminal Code at the Council of the LGBT organizations level.”

Read also: A homosexual was brutally murdered in Kyiv?

As for the “ordinary” members of the community, the main means of countering hate crimes on their part is not to be afraid to claim their rights: to report violations, file written statements to the police and be more courageous, summarizes Zinchenkov.

Yorskyi, in turn, doesn’t think the idea of the National police for the victim to be able to indicate in the statement that the crime is motivated by homophobia and transphobia to be most appropriate. “Did it really take us 25 years of the independent Ukraine to think up, where to put a check mark?” he notes. “A good point. But how will this check mark help in the further investigations, if there is so far no such notion as a crime motivated by homophobia and transphobia in the Criminal Code?”

Yurii also underlines that the LGBT community is ready to help the police and legislature to deal with the characterization of hate crimes. “Our colleagues from Odesa received a call from the law enforcement agency after their activity in connection with the trial about the attacks on the Equality March. They were proposed to join the initiative working group in Odesa, which will deal with hate crimes. If such an initiative group is possible in Odesa, we can set up the very same group in Kyiv. And we can think, how to be helpful to identify such cases.”

It was also strange that Kriukov mentioned the attack on a Lebanese in Kharkiv and said, they were able to identify it as a hate crime, but he didn’t mention any attack on the members of the LGBT community, added Yorkyi. “To sum up, I have a question. Do we really need an LGBT -hundred to walk the path to the rule of human rights and freedoms? Do we really need 100, 200, 300 killed members of the LGBT community for the authorities to begin paying due attention to that?”, asks Yurii.

Anyway, we hope that the police with its new Human rights protection office will initiate, as promised, a constructive cooperation with human rights organizations, including LGBT organizations.