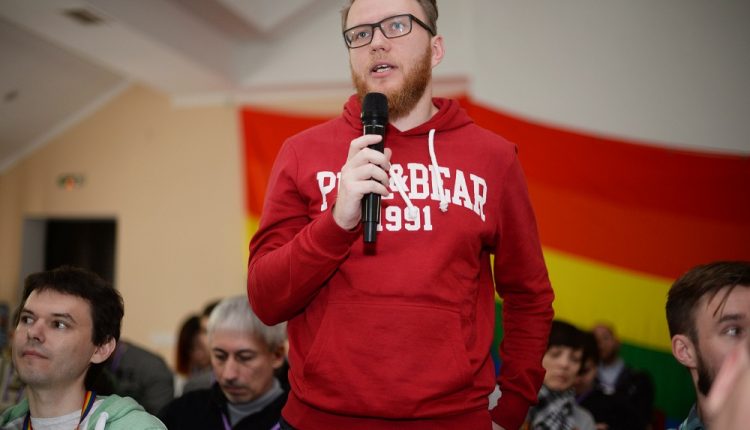 On March 19 the executive director of GAU Volodymyr Naumenko and religion analyst Anatolii Babynskyi discussed the sabotage of the Equality Festival, LGBT movement and sentiments in Lviv on air of ZIK TV channel.

For the editor-in-chief of Patriarchate Greek-Catholic analytic magazine and member of Religious-Information Service risu.org.ua editorial board Anatolii Babynskyi the very name of the Equality Festival is a problem. “Equality is a very broad concept as 90% of Ukraine’s population is involved in some discrimination,” he believes. “It should include people with hearing and sight problems, with any such problem because those people are also discriminated. The monopolization of “equality” term by one group that is far from being the largest one is a problem.” As the highly respected expert obviously hasn’t seen the program of the festival, he couldn’t know that the video with representatives of different discriminated groups including people with disabilities was shown to the guests of the event.

Also the religion analyst claimed that considering the attitude towards LGBT in Lviv, an open panel discussion with participation of lawyers and philosophers are needed for organizing such events.

Volodymyr Naumenko underlined that the arguments of right radical organizations were not sufficient for cancelling the event. Let’s recall that few days before the Equality Festival local representatives of some right political forces published their claims against LGBT quest. The demands to ban it were based on the date of the festival coinciding with the Great Lent and on the suspicions of Kremlin provocations.

The host that could hardly be suspected in being non-biased mentioned that LGBT quest triggered most questions as it allegedly was supposed to look like propaganda. “In general, I believe that there is no such thing as propaganda, especially in the context of sexual orientation,” Volodymyr Naumenko pointed out. “If people wanted to make a quest that was private event for a community, it doesn’t matter which one, and planned it – why should they refuse to do it?”

Answering the question about the provocative nature of the Equality Festival, Volodymyr pointed out that assaulting a peaceful private meeting is a provocation. “When we are accused of [making it] too late, too early, not in time, usually it comes from those who haven’t been attacked with stones, diversionary devices and homemade bombs with shrapnel on the Equality March. Do you understand that this is immediate risk of loss of life? And then they tell us that we do something wrong.”

“We call for a dialogue, all the time. It would be a provocation if the organizers and guests of the festival were wearing ski masks and those who opposed this event were not,” he summarized.