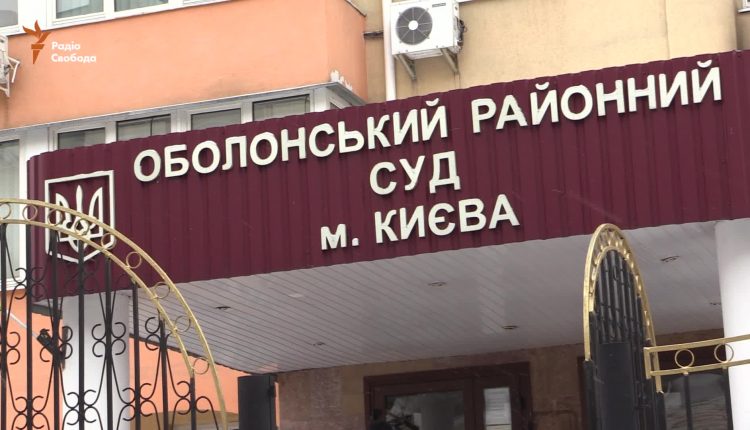 (Legend on the photo – Obolon District Court of Kyiv city)

On March 18 the hearing of the case of the Equality March assault had to take place in Obolon District Court on a full scale: with prejudicial inquiry materials examination, questionings of victims, witnesses and accused. However, the trial was postponed.

It was postponed at the request of the accused due to their lawyer Viktoriia Yelmanova allegedly being busy with the other case at this time.

We can mention that the accused felt quite relaxed as they were joking and taking photos “as mementos” in the courtroom on the eve of the trial.

Next court session in the case of Equality March will be held on March 25. We keep following the proceedings. The OSCE observers also keep watching it.

The accused refused to admit their fault during the previous session and agreed to give evidence only after the prosecution evidence would be presented in court.

The accused are charged with hooliganism of a group of people with resistance to the authorities in duty status (part 3 of Article 296 of the Criminal Code of Ukraine). According to the charge, they can be imprisoned for 2-5 years.

As we’ve already mentioned in other news the accused are members of the Right Sector 26-year-old Oleksii Protokovylo, 41-year-old Danylo Dashevskyi, 21-year-old Kyrylo Viliamovskyi and 38-year-old Vitalii Kyrylchuk. Currently, it is the only one of the March assault criminal proceedings that got to the court.

LGBT activists organized some campaigns demanding the guilty in assaulting the Equality March to be justly punished. LGBT community also strives for investigation of all cases connected with the attacks on the Equality March of 2015.

Let’s recall that on June 6 homophobic radicals attacked the Equality March procession. The nationalists pulverized tear-gas to the crowd and threw explosive sticks pumped with metal objects. Later the tough guys went “safari” for the participants of the March coming home. The radicals’ actions resulted in 9 activists and 11 law enforcers injured, one of them was hurt severely.