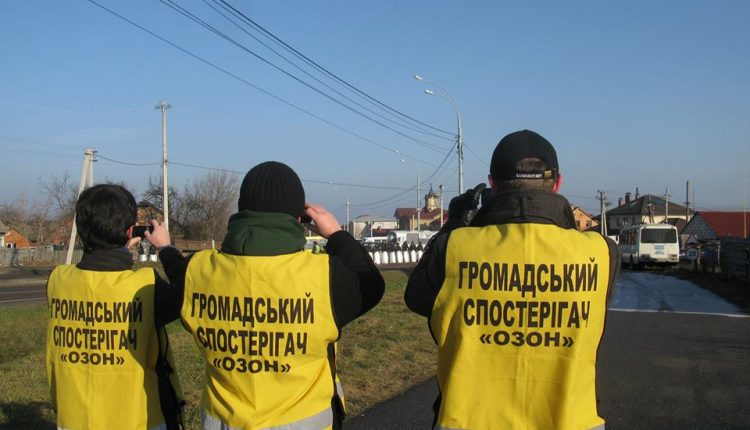 The Ukrainian authorities systematically violate their obligations to support and protect the peaceful assembly, states the civic monitoring group OZON. The last statement of the observers is related to the failure of the Equality Festival in Lviv as well as to the response by the law enforcement and authorities to it. As we wrote before, the police responded to the situation after the call from Kyiv. And the Mayor of Lviv Andrii Sadovyi continues to consider provocateurs both the ultra-radicals, who surrounded the hotel Dnister and the LGBT community as the organizer of the festival.

According to OZON, the dispersal of the left-wing rally in Kyiv in March by the members of the civil corps Azov Battalion differs little from the dispersal of the coal miner protest against unpaid wages in January in the occupied territories of Donbas. Particular attention is paid in the sttement to the developments in Lviv, “The position of the city council and the court decision to ban any public event in the frames of the Equality Festival in Lviv is very similar to the ban on public events in Simferopol imposed a week ago. The “safari” for the festival participants is also due to the denial of rights and freedoms, which the members of “Crimea samooborona” (self-defence units) show attacking the participants of the peaceful event dedicated to the birthday of Taras Shevchenko, underlines OZON.

“Our volunteers take note of systematic violations by the law enforcement authorities beginning with events well before the crackdown on peaceful protests by the students on November 30, 2013 at the Maidan and ending with the developments around the Equality Festival on March 19, 2016 in Lviv”, tell the observers. Another problem is a public perception of the freedom of peaceful assembly as a privilege belonging solely to the people with a view acceptable for the majority. Obviously, the events and activities of the LGBT don’t fit in this concept. “Hybrid war” against Ukraine, which Russia started and pursues, can’t be a basis for undue restrictions upon freedom of expression. Otherwise, we will be an exact copy of the aggressor state, where the protection of the “only true” point of view resulted in the moral default in the society, reads the statement of the civil group.

Read also:  “It’s horrible”: the response of the functionaries to the events in Lviv

“The civic monitoring group OZON calls upon the society to respect the values of non-discrimination, freedom of expression and plurality of views. We recall that human dignity, which is also manifested by the active citizenship, doesn’t depend on the “colour” of the value orientation of its bearers”, add the authors of the statement. They require the National police to improve protection of the participants of peaceful assemblies alongside the strict observance of the principle of non-discrimination as well as to conduct effective investigations into such infringements and to bring those responsible to justice.

REFERENCE. Civic monitoring group OZON is a voluntary association of the active citizens, first of all, public activists, lawyers and journalists. The group monitors the performance of the authorities and tracks the key processes along the point of interaction between a human being /society and the state.

“Homophobe”: the article about Martsynkiv edited in Wikipedia

A woman from Ivano-Frankivsk demands to ban gay policemen