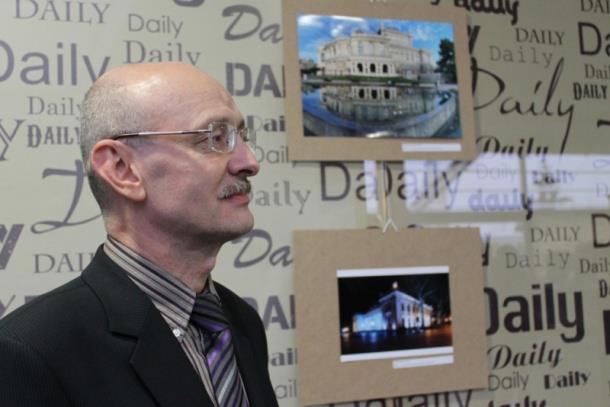 from the Facebook page of Yurii Perohanych
Ukrainian news

Wikimedia Ukraine founder: How can you call a living person homophobe?

Yurii Perohanych, one of the founders and the initiator of Wikimedia Ukraine creation, defended the Mayor of Ivano-Frankivsk Ruslan Martsynkiv believing that calling him “homophobe” in Wikipedia was too offensive.

“How can you give a living person offensive title of “homophobe” that is not even in Ukrainian dictionaries?” asks Perohanych. “Especially minding that this title in Wikipedia is given referring to the only one anonymous journalist. All the rest make references to Wikipedia!”

This was Perohanych’s explanation of his position in this situation, when he took the word “homophobe” out of the article about Ivano-Frankivsk Mayor. Opinions section currently is the following: “He is the author of meme “Can a gay be a patriot?” “…Can a gay be a patriot? I say no. Only a Christian can be a patriot, real patriot is that who believes in God. …We must stick to our Christian national values.” He promised to do everything to ban abortions in Ivano-Frankivsk.”

As one of the active Ukrainian Wikipedia members Leonid Nefedovych says, it seems that Mr. Perohanych created a new meme: “How can you give a living person offensive title of “homophobe”?”

Let’s recall that last week the article about Martsynkiv in Wikipedia was rewritten and he was called a homophobe. The Mayor of Ivano-Frankivsk earned this title after a series of homophobic utterances. In particular Martsynkiv spoke out against abortions and same-sex marriages in our country and promised that he wouldn’t let street LGBT events happen in the city. Later on the head of Ivano-Frankivsk said that a gay couldn’t be a patriot as only a Christian could be a patriot – and became famous for a whole Ukraine.

Wikimedia Ukraine is NGO that promotes encyclopedic knowledge. Ukrainian Wikipedia is one of the main objects of its activity.

UPD. The war of editions started on Martsynkiv’s page after the Perohanych’s corrections. While this news was being written somebody brought homophobe wording back but is was deleted again. And brought back again in some time, though there’s no doubt that Wikimedia founder or other fans of Ivano-Frankivsk Mayor would keep watching that the politician was not offended with those “titles” they don’t know.

A woman from Ivano-Frankivsk demands to ban gay policemen