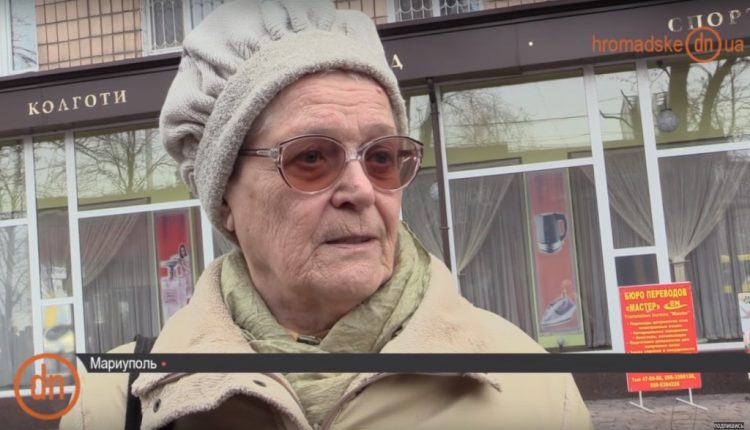 Donbas Public TV conducted a street survey. The citizens of the Eastern Ukraine were asked whether LGBT rights are respected in our country and whether we should counter the discrimination on the grounds of sexual orientation and gender identity.

Contrary to stereotypes that “Soviet” views are prevalent among the citizens of the Eastern region, and the people there are less eager to have respect for the “European values”, most interviewees believe that it is necessary to protect LGBT from discrimination. The people noted that the rights of the LGBT are not respected properly, and Ukraine should move towards tolerance.

Attention has also focused on infamous developments in Lviv surrounding the Equality Festival ca. 1,5 week ago. Here, it is appropriate to mention another street survey carried out in the “capital of culture” of our country, when Lviv Public TV asked the citizens of Lviv whether they were ready to sit next to a same-sex couple in a cafe. Half of those interviewed, mainly older generation, refused even to be beside a same-sex couple. “I think, I will feel like throwing up”, told one woman. “Christian values are more important than the European Union. It is notable that the survey was conducted at the beginning of the March, before the homophobic saga related to the Quality March.”

Besides, the street survey conducted last week in Kharkiv by the media project “Nakypilo” is also interesting in this context. The citizens of Kharkiv were asked what they would think about the legalization of the same-sex marriages. The opinion was divided almost equally: some people said that the marriage should remain a union between a man and a woman; others responded that a same-sex union was all right. Besides, many interviewees demonstrated a deep knowledge of the problem.

Of course, these surveys shouldn’t be taken very seriously. Their representativeness is rather weak for that. However, we increasingly witness that the stereotype that the Western Ukraine is mentally closer to Europe because of its territorial location and the Eastern Ukraine – to Russia is cast aside. Whereas the cultural Equality Festival failed in Lviv, Ivano-Frankivsk keeps surprising with homophobic newsworthy information for a second week, there is Queer Home successfully implemented in a small industrial city of Kryvyi Rih, and LGBT activities regularly take place there.

One is inevitably led to the conclusion that the Ukrainians should stop seeing the citizens as “us” vs. “them” on any of the grounds, like sex, language, territory. We all must learn to tolerate other people and understand the value of every individual regardless of their personal characteristics.

Wikimedia Ukraine founder: How can you call a living person homophobe?