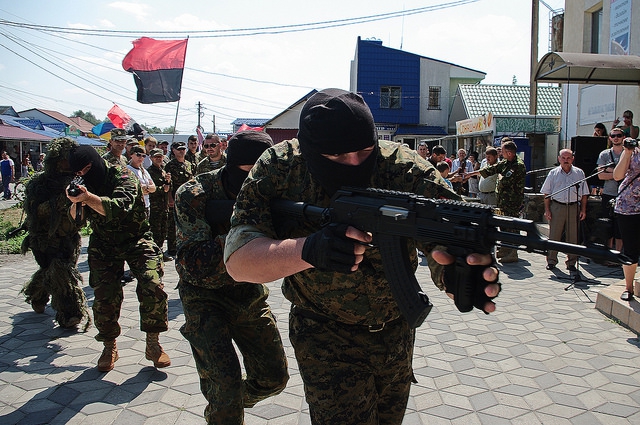 “Rus-Ukraine is an integral part and the cradle of Slavic nations’ family and European civilization as well,” the Right Sector program claims. “Our goal is Free Ukrainian United State! Huge revolutionary transformations wait for us on the way to it.”

For example, the principles of Ukraine-centrism and natiocracy, bringing nuclear power back to Ukraine, development and modernization of all kinds of weapons and dedication to goodness and justice are included in the list of those transformations.

Right Sector keeps consistently opposing Ukraine’s membership in the EU. “Ukraine should not enter European Union because the obligations it takes will lead to its complete neocolonial enslavement and national degradation,” the document says. 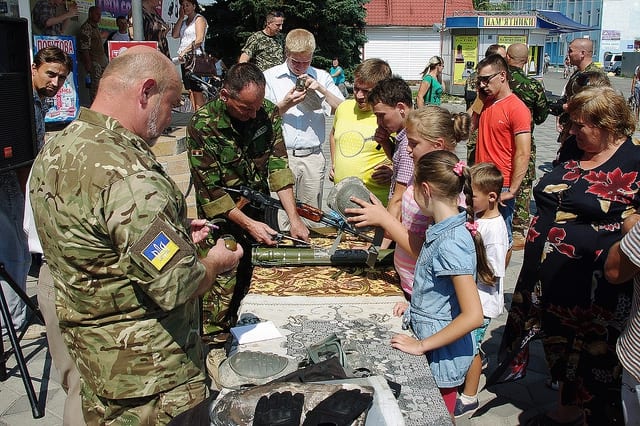 The organization is sure that the cosmopolitic West go for blurring state sovereignties, marginalization and destruction of nations. Right Sector ideologists believe that the West sees Ukraine as a raw-material appendage only and aims for global domination. At the same time, the party believes that uncontrollable migration destroys the identity of Europe today and may destroy Ukrainian one tomorrow.

Read also: Right Sector will teach Europe how to love the Motherland

According to their plan, Ukraine must have the education aimed at formation of “traditional Ukrainian values”, propaganda of these values must take place on the level of the nation as well as propaganda of “sacred nature of marriage and motherhood”. Besides, right radicals are determined to oppose spreading “immorality, gender policy and sex perversions” in the society.

“The state must cherish idealistic mentality, loyalty to spiritual maxims, cult of heroism, self-sacrificing attitude and nobility,” the program points out. 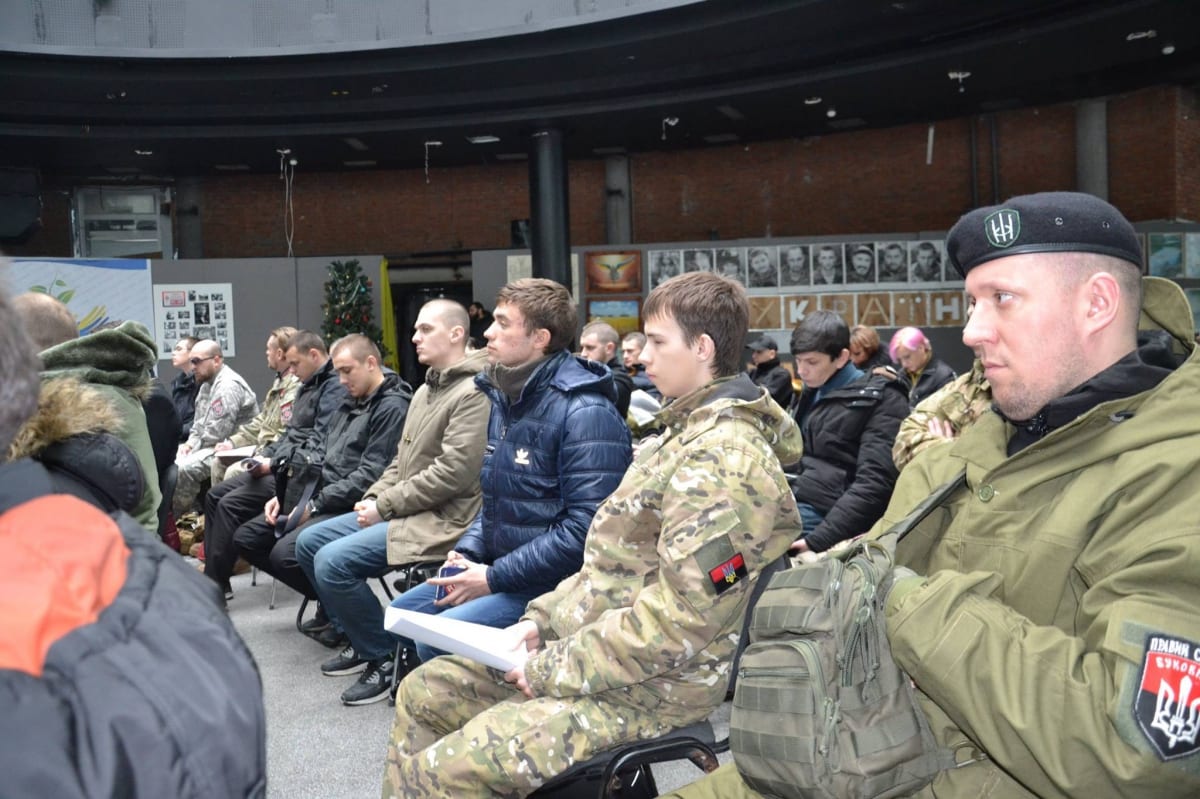 Let’s recall that Right Sector political party has no representation in the government as its former members and MPs Boryslav Bereza and Dmytro Yarosh left the party because of ideological differences.

According to the latest research of Kyiv International Institute of Sociology the rating of the Right Sector party is now 0.4% in opposition to 1.6% last year.

Read also: The court session on the Equality March was postponed again; flashmob for a just sentence started online

Besides, the representatives of Right Sector are often among those who assault LGBT events and campaigns trying to sabotage them. In particular, all four of the accused in case of the Equality March assault in 2015 are members of the organization.