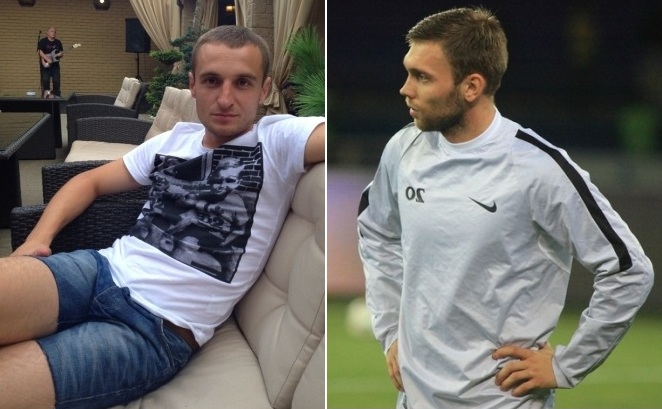 Ukrainian player of Einheit German football club Mykhailo Kopolovets "nearly vomited" by accidentally coming to a gay club not so long time ago. Eventually the footballer seemed to get used to local gays though they irritated him still, so Kopolovets said in the interview to Depo.UA.

The reporter mentioned: “So gays irritate you…” and the footballer answered : “It’s still the same. There are a lot of gays here. They are in the government, on TV, on music channels. They have leading roles wherever you look. But because of things that are going on in my Homeland, I’m ready to work here and let it pass.”

32 years old sportsman is not satisfied with local cuisine, besides homosexuals. “German food sucks!” claimed Kopolovets and added that he was bringing grocery from Ukraine, such as buckwheat groats, rice, condensed milk with sugar, foods preserved by his mom.

Also the footballer is bored in Germany. “It’s boring in Germany! Out of my mind!” young man points out. Still he has no intention to come back to Ukraine, as Europe has much higher living standards and broader professional options.

“I don’t say whether it’s right or not. It’s rather non-standard and may even be repulsive. But it’s everyone’s personal business. If somebody wants something, they may do it, you can’t ban it. But in a way that doesn’t disturb others, not bringing it to the public eye trying to prove their right,” Korovaiev told Sport Arena.

The footballer also explained how he would behave if he found out that someone of his inner circle was LGBT community member. “First of all I would talk to them, got to know where such affection came from and what’s the reason for it. If it’s important for them and they are dear to me, we will discuss it and agree not to raise this topic. If you want it, you have this right but don’t implant it in others. Everyone lives the way they want,” he concluded.