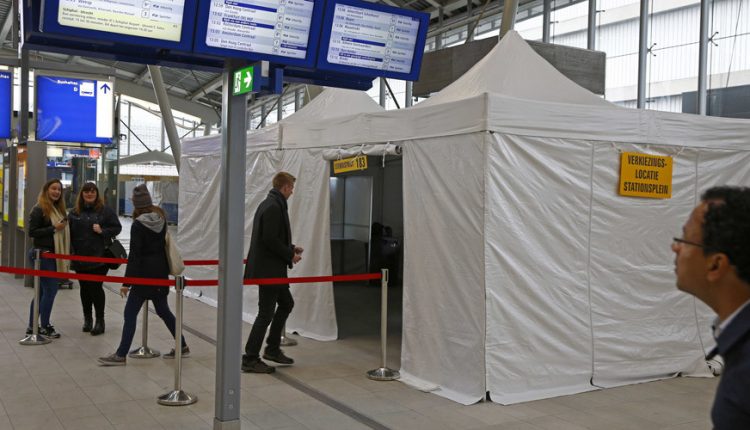 On April 12, the Electoral Council of the Netherlands announced the official results of the referendum on the approval of the Association Agreement between the EU and Ukraine. The figures differ little from the preliminary results we wrote about before. 38,21% of the votes were for the ratification of the document, while 61% of the Dutch voted against it. The voter turnout was 32,28%, which makes the referendum valid.

Read also: The referendum in the Netherlands: low voters turnout and not the best outcome for Ukraine

CONFLICT. It is difficult to give a definitive assessment of what happened. This harms, of course, the image of Ukraine. However, the attempt to analyse the implications of the Dutch voting is like reading the tea leaves. Firstly, the authorities of the Netherlands acknowledged, there was a conflict of law because the economic part of the Ukraine – EU Association Agreement has been already in effect and could be cancelled only by a majority of votes in the European Parliament. Secondly, the Netherlands ratified the agreement before; the final decision rested with the government. Nevertheless, the results of the referendum could not be disregarded. Although, it is an advisory referendum, according to the law, the government must respond proposing a bill to the parliament. The bill may not necessarily suspend the ratification of the Association – there can be specific trading conditions or entry/exit conditions, which will convince the Dutch that the Association with Ukraine doesn’t carry a threat for them. The politicians see another option, which is to include a statement in the instrument of ratification indicating the Association Agreement has no bearing on Ukraine’s accession to the EU.

THE PROTEST OF THE SMALL COUNTRY. To understand what it means for Ukraine, one should read both the Ukrainian and Dutch news. It is thus easy to understand that the Dutch, who came to the referendum and voted against, didn’t target the Ukrainians. The internal political issues of Europe played a leading role in it, in particular, Netherlands opposition to the policy of the EU and the official authorities of the country. It is easy to understand what the Dutch are afraid of, which are refugees, influx of foreign workers and another troubled state within the EU. At the same time, the Dutch news websites note their political forces have little say in influencing the policy of the European Parliament because Dutch Euro-deputies are poorly represented in big parties. The results of the referendum are the victory of the Eurosceptics in the whole EU and the protest of the small country, whose interests aren’t always taken into account.

Read also: The referendum results in quotes: weeks for reflections, “verdict for Poroshenko” and “not Ukraine’s problem”

The Dutch regularly complain about the same problems as we do – corruption, the officials’ unwillingness to address the regional issues, insufficient social security and more. However, the situation with LGBT equality is clearly better there; but this factor is unlikely to be crucial when it’s time to decide “yes” or “no”. There was a video on the Dutch TV before the referendum with two voters discussing that it is not easy for the LGBT community in Ukraine. One of the actors says, “They fail to protect the LGBT rights in Ukraine. That’s why I vote against association.” The second one doesn’t agree, “I vote Yes, as we can change the situation.” The day before the referendum, the local LGBT community and the leading media supported Ukraine. Unfortunately, it didn’t help. The myth worked that the Association is Ukraine’s first step towards the EU, and the people of the Netherlands are against EU enlargement.

It is surprising that not only local Eurosceptics but also the representatives of Ukraine – rather pro-Russia lobby in Ukraine campaigned against the Association. The video made by a local TV channel provides a good example of it. There are two opinions to see — pro and contra Association. The programme director of GAU Yurii Yorskyi persuaded the Dutch to support the agreement, while the “expert” of Ukrainian social movement Ukrainian Choice Oleksandr Koltynovych believed the best support for Ukraine would be… not to let it in Europe. “Association with Ukraine is a very important issue now, especially as far as my personal life concerned, not only my work, says Yurii. — “We together were at Maidan during the revolution two years ago, and that’s what we fought for.”

Koltynovych thinks Ukraine… should re-establish links with the Russian Federation, “If before 2014, before Maidan the Ukrainians had some illusions, then they have ascertained over two years… Today’s people understand that it was a failure, and we need to re-establish links with the Russian Federation … Being a citizen of Ukraine, I hope that the Dutch will support the Ukrainians and vote against the Association Agreement.”

“If the Dutch cast a negative vote, and we stay out of the EU, it will give Russia a chance to have more influence in Ukraine again. And it will be a big step backwards”, cautioned Yorskyi.

Either the voices of the Eurosceptics were louder, or the words carried conviction, we obtained the result predicted by the analysts before the referendum.

TIME-OUT. The Netherlands authorities will not rush to conclusions of the voting. The government took a half-year time out to think how to interpret the implications of the referendum. The final evaluation and response of the government will be by the end of September, which is reflected in the letter by the Foreign Minister of the Netherlands Bert Koenders to the parliament.

The Steering Committee of the Eastern Partnership Civil Society Forum made a statement on April 12. “The continuation of the reform process in Ukraine is a key element in strengthening of Europe. The Association Agreements (AA) which have been signed and ratified with Ukraine, as well as with Georgia and Moldova by all the 28 EU countries provide an essential framework for these reforms which work for the mutual benefit of the Ukrainian people and the Member States of the European Union. All stand to gain from the establishment of a free trade area and a sphere of democracy and rule of law with Ukraine and other countries that signed the Association Agreements”, reads the statement.

The statement stresses, “The result of referendum saw a mere one fifth part of the Dutch electorate voting to reject ratification of the AA with Ukraine and an overwhelming majority failed to vote at all. This shows that the issue is far from agreed in Dutch society. Accordingly, while the Dutch government and the States General must respect the result of the referendum, the Steering Committee calls on them to conduct a determined search for ways to salvage the main elements of the AA.” It is also noted that the economic part can only be suspended with the agreement of all of the other EU member states. The support of the reforms must continue in our country, they note, “At a time of growing international tension the decision to reject the ratification taken in the referendum by a minority of voters was ill advised in the least.” The forum also blamed the Netherlands authorities for not sufficiently deployed pro-ratification arguments in the period before the referendum.

The President of the European Parliament Martin Schulz is less optimistic, but about the future of the European Union in general. When commenting the outcome of the referendum, he noted in the interview with Frankfurter Allgemeine Zeitung that the trust of many people in “entire institutions, whether national or European” was lost. Moreover, the Europeans will face a more serious challenge soon, i.e. on June 23, there is a referendum in the UK whether they should stay or leave the EU. It can be an “implosion of the EU”, said Schulz, “If the British leave the EU, there will be demands for further escape referendums.” He holds EU leaders and the governments of the member states responsible for the loss of trust. He deems it necessary to reform the European institutions to make the EU more effective.

WHAT SHOULD UKRAINE WAIT FOR? It should be underlined once more that there are no practical implications of this failure for Ukraine. The Association Agreement will remain in force, even in a temporary status. Soon the European Commission can propose to abolish visas for the Ukrainians. The outcome is unpredictable, our Ministry of Foreign Affairs, however, hopes the Dutch referendum doesn’t affect the decision of Europe. What can affect the decision is a slow progress of the reforms in our country, the economic crisis and delay in cabinet changes. The result of the Dutch referendum is a concern of the EU, while Ukraine must address its domestic issues itself. This also relates to the implementation of the action plan for the National strategy on human rights, since not much has been done in that regard.

Whatever the case, the LGBT community should hope the EU continues to put pressure on Ukraine towards equal rights, but in this context, there is still much to do for all of us.