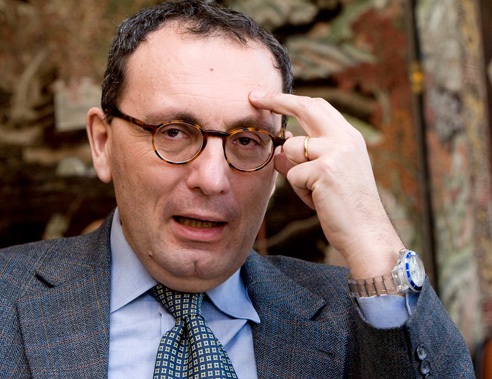 On March 26th a meeting of European Commission with the Ukrainian civil society representatives took place in Kyiv. As reported by the activists presented at the meeting, on behalf of the European Commission a speech was made by Mr. Stefano Manservisi, Director-General of Directorate-General Home Affairs (on the picture). He voiced the official position of the executive body of the European Union on anti-discrimination legislation in Ukraine, and spoke of the key outcomes of the meeting with Deputy Ministers of Foreign Affairs and Justice.

Among all the topics discussed one of the key issues emerged was the first stage of the Visa Regime Liberalization process with the EU. The only problem that caused difficulties for its realization from the Ukrainian side was the question of introduction the prohibition of discrimination based on sexual orientation in the Ukrainian anti-discrimination legislation.

According to Mr. Manservisi Ukrainian government offered European Commission a compromise they agreed upon. The compromise is to sign the first stage of the Liberalization without the adoption of a comprehensive anti-discrimination legislation. This issue will be raised again during the discussion of the following second phase.

In exchange the Government of Ukraine offers to implement a series of measures, such as an extension of the Ombudsman's powers in the field of counteracting discrimination, including those based of sexual orientation. Ministry of Justice and the Supreme Administrative Court of Ukraine will adopt the document "explaining the existing Ukrainian legislation in the context of sexual orientation". And finally the work on improvement of labor legislation regarding non-discrimination based on sexual orientation will be continued. It is also expected that the homophobic laws, which continue to remain for consideration in Verkhovna Rada of Ukraine, will be eliminated.

Representatives of the European Commission claim that they do not intend to give up their demands concerning non-discrimination legislation of LGBT citizens. However, at the moment it is clear that the transition to the second stage of the Visa Regime Liberalization process will be carried out without mentioning the sexual orientation in the anti-discrimination legislation.

It should be noted that the process of the Visa Regime Liberalization could not be finalized without the compliance of the EU requirements regarding non-discrimination of LGBT people. Therefore the compromise at this point looks like a tactical decision in response to the existing realities. We are waiting for further statements from the European Commission representatives who will provide the final explanation of the ongoing situation.

On how we’ve been stiffed by Europe