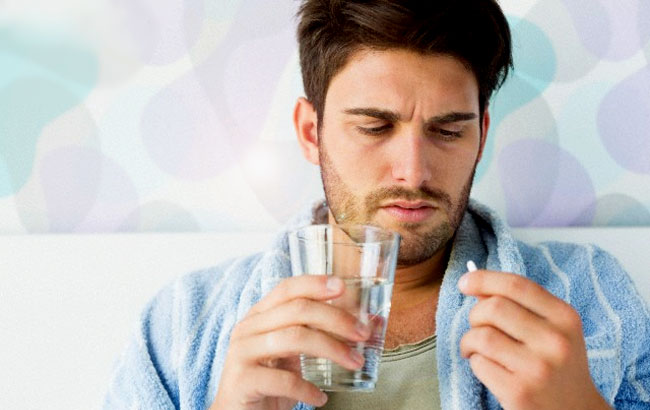 And I could successfully ignore the issue except for a slight hitch. Just the other day a good friend of mine told me that he caught HIV. It was a shock for him, and actually for me it was nothing less than suddenness. A decent fellow, handsome, clever, and not exactly a whore or anything. Of all people he should have known everything about HIV. He got tested as it was necessary, he used lubricants and he even – unlike me who not even once took a chance on this Inquisition – made smears for chlamydia once a year. And, nevertheless, he still managed to catch HIV.

The reason why it happened turned out to be quite trivial: he fell in love and trusted… He had a long search for his Mr. Right and after suffering and worrying he finally met his matching the other half – and surrendered. In reality it is the situation to which the current approaches to HIV prevention can not be applied at all.

A friend of mine did everything from the perspective of "prevention expert" (someone committed to prevention of new cases of HIV infection) average gay was supposed to do. He had access to condoms and lubricants and even bought them himself. He had access to medical services – he knew when and where he could get tested. And there are a lot of such cases. Thousands of gay men around the world, including civilized Europe, are getting infected every day. It is more or less possible to influence the situation with injecting drug users and sex workers. But it is pointless to change the situation with gays – whatever you do.

And the situation is catastrophic even on a personal level. Just think and count how many people living with HIV do you know? I know about four dozen, and it is only those who aware of their HIV status. The saddest thing is that every year the number increases. And at the global level there is basically no data demonstrating significant positive changes in the number of HIV + people among gay and bisexual men. And in many countries such statistics are not being recorded at all.

For example, in Ukraine we have this numbers, but it is quite difficult to verify its reliability – there are too many gay groups not covered within surveys, which imply openness that our gays fear as the devil fears the holy water. Yes, in some cases it can be justified, because in the big cities there is always a danger that information about your HIV-status and orientation may immediately be blown all over the neighborhood, and after that – you are as good as dead.

Well, life goes on. And it seems that HIV is a kind of inescapable reality for gay man. I personally according to such a situation long ago have prepared myself to the idea that sooner or later but I will catch it too. It's like we've doomed. And all would be fine if billions of dollars were not allocated worldwide to fight against HIV, if hundreds of organizations were not granted huge money to lead this fight. But something went wrong with gays: prevention is not fully activated; therefore the number of new HIV cases has not been decreased.

Reboot is needed. Because every year of delay in changing the approach to HIV prevention among gay and bisexual men costs us hundreds and even thousands of new desperate souls. Unless, of course, prevention experts even give a damn about the problem – because it's quite difficult to move your brains and body and especially difficult to admit your mistakes.