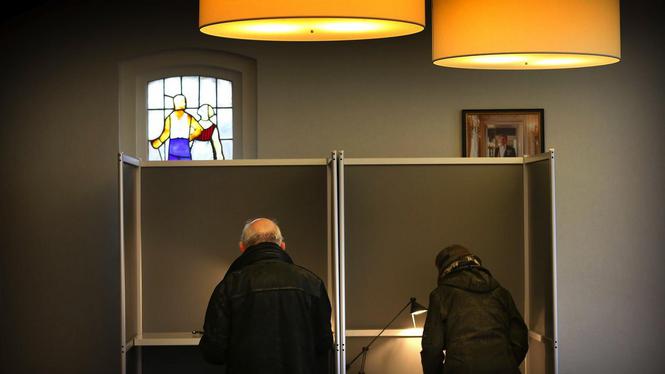 After the preliminary results of the Netherlands referendum were published, many Ukrainian and foreign politicians made their remarks concerning the hot topic, expressing their vision of the Ukraine-EU Association’s future destiny.

As the Prime-Minister of the Netherlands Mark Rutte believes, the Dutch can’t continue with the ratification process providing that most voters have spoken against Ukraine-European Union Association Agreement. “If the results are the same as today, we won’t be able to continue with the ratification of the Ukraine-European Union Association Agreement. This is my political position,” Rutte wrote on his Facebook page and Yevropeiska Pravda quotes him.

“The “against” camp won obviously. We will wait for the final results,” Dutch Prime-Minister pointed out and added that the discussion with the parliament and European partners will take place in the government after the dispute on this declaration of will. “We won’t spare time for it. It will take weeks, not days, to solve this issue,” he underlined.

Read also: The referendum in the Netherlands: low voters turnout and not the best outcome for Ukraine

During the voting the head of the Netherlands government urged co-patriots to support Ukraine. “We should help Ukraine in development of the society with the rule of law and democracy. Jewish community supported voting “for” as well as LGBT community, therefore I urge the Netherlands to come and vote “for”, Rutte claimed then.
The head of the Ministry of Foreign Affairs of Ukraine Pavlo Klimkin is sure that the results of the referendum in the Netherlands won’t influence the process of European integration for our country.

“Nothing changes from the point of view of the practical implementation, the agreement is applied as before, on a temporary basis. So nobody worries. Working on free trade zone and sectoral cooperation goes on,” Klimkin told the journalists on Thursday in Tokio, as Interfax informed.

“Of course, talking about understanding the results, [this is] the attitude of Dutch people towards Europe, “Eurosceptics” desire to do harm to its unity, the mobilization of this camp was felt really strongly,” the diplomat said.

According to his words, Ukrainian part was hoping for better result. “We always believe in victory and should fight for it. That is why European integration of Ukraine is unstoppable, we will go this way,” he summarized.

On the eve of the referendum Pavlo Klimkin urged the citizens of the Netherlands to vote for Ukraine. For example, on air of Buitenhof talk show Ukrainian minister drew the attention of the audience to the fact that our country already chose the path of European values and started adopting the legislation protecting LGBT rights. “The last amendment to the article in our Labour Code protecting LGBT rights is something that you could not imagine 5 or 10 years ago. It means that the Association Agreement is set in motion and it is working in Ukraine,” Klimkin convinced the Dutch.

Ukrainian President Petro Poroshenko believed that though the referendum in the Netherland concerned the matter of Ukraine – EU Association, in reality it was aimed at harming the European unity and European values.

Meanwhile the deputy head of Petro Poroshenko Bloc faction Mustafa Nayyem points out that the appraisal that we get from common European citizens is based on the world media materials that record reality and not plans, dreams and intentions. He says that the result of the voting is verdict for the President of our country personally.
“It doesn’t matter what the final turnout on the referendum in the Netherlands will be as its result is a verdict for Petro Poroshenko personally. Not for the country, not for the war, not for the citizens of the Netherlands. This is the verdict for the President of the state who, having full capacity, was choosing the past consistently and obstinately between the past and the future; who, despite the people’s outcries and his own proclaimed mottos, was choosing “elite” and oligarchs as his partners and not civil society and new generation,” the MP wrote on his Facebook page.

However, the MP says that the mistakes of the Presidents give no reasons for despair. On the contrary, we, common Ukrainians, should “clench our teeth, gain experience, gain courage and take responsibility painstakingly in our own hands.”

“Currently we all – people, activists, journalists, all those who have fiery eyes and who got tired of the situation – are stronger than this conspiracy, be it deliberate or forced. You may call me naïve or stupid but I believe that historically we are bound to win,” Nayyem hopes on.

Famous Ukrainian political expert Vitalii Portnikov insists that such disastrous voting result in the Netherlands is the problem of EU, not Ukraine.
“The result of the Netherlands referendum is not for a single moment Ukrainian politics’ problem. It’s a problem of European solidarity politics and inner politics of the Netherlands. European Union has to prove that it can be responsible for its own decisions and find compromises acceptable for all its members and those countries that signed association agreement – in this case it is Ukraine,” he shared his opinion on his Facebook page.

Portnikov believes that the government of the Netherlands must find such formula that will let taking into account the result of the referendum and keeping chance of European association for Ukraine. “The easiest variant is ratification with some senseless limitation that is important for “no” team. The most difficult one is working on new agreement while current one, the old one, keeps being in action temporarily. This will prove once more that there is nothing more permanent than temporary. These are the consequences. Non-existing consequences,” he concluded.

The President of Lithuania Dalia Grybauskaite made special video message for Ukrainian people, expressing extreme support for our country.

“Today we heard of the results of the referendum in the Netherlands. We all would like them to be different. However, it’s not the right time to lose hope or question European choice of Ukraine. No one can stand on the way of Ukraine to Europe because Ukraine has always been in Europe and stays in Europe,” was the speech of Grybauskaite.

She added that integration process may take longer than we thought but its final result is clear as it was defined during Maydan.

“Today we must become more united and decisive, ready for reforms, integration and new European Ukraine. You have sympathies of Lithuania and all the Europe. Glory to Ukraine!” Grybauskaite finished her speech in Ukrainian.

How to outargue a homophobe using scientific evidence