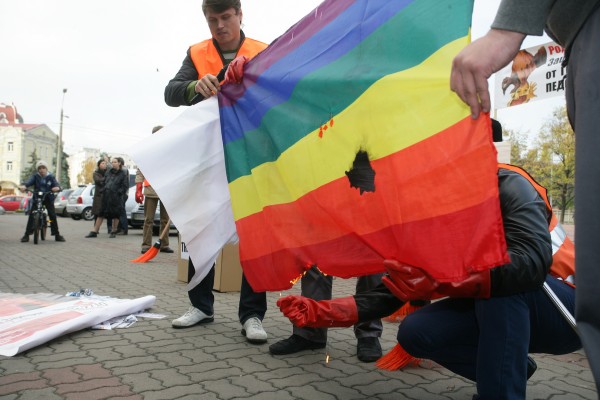 Just 11% of Ukrainian residents said that the country if friendly towards LGBT. It is according to the results of sociological survey conducted by the American Institute of Public Opinion (Gallup Institute). By the data provided, due to the level of tolerance Ukraine is not far from Belarus, Turkey, Serbia, Kenya and Congo, and far behind such countries as India (26%), China (14%) and Russia (12%).

Nearly three in 10 adults across 123 countries where survey took place said that their city or area is a "good place" for gay or lesbian people to live, reports Russian Planet.

Gays and lesbians reported living most freely in the Netherlands, where 83% of respondents reported the conditions are good for LGBT to live. In Iceland 82% of residents agree with this statement, in Canada – 80%, in Spain – 79%, in the United Kingdom – 77% and in Ireland – 74%.

The worst places for LGBT to live in, according to the results of the surveys, turned up to be Senegal and Pakistan where only 1% of respondents consider the country being comfortable for life of gays and lesbians, as well as Uganda, Mali, Indonesia, Ethiopia and Afghanistan – with 2%.

Among residents of former USSR countries less habitable for gays and lesbians than Ukraine were considered Kazakhstan (9%), Moldova (7%), Georgia and Armenia (4%), Azerbaijan and Kyrgyzstan (3%).

The authors of the survey noted that it was not conducted in the countries where it might have provoked indignation: Egypt, Morocco, Saudi Arabia, Jordan, Iran, Nigeria, Iraq, Tajikistan, Turkmenistan, UAE, Uzbekistan, Yemen, Bahrain, Kuwait and Bhutan.

The survey was conducted in 2009 and 2013 based on telephone and face-to-face interviews with approximately 1,000 adults in each country, aged 15 and older.