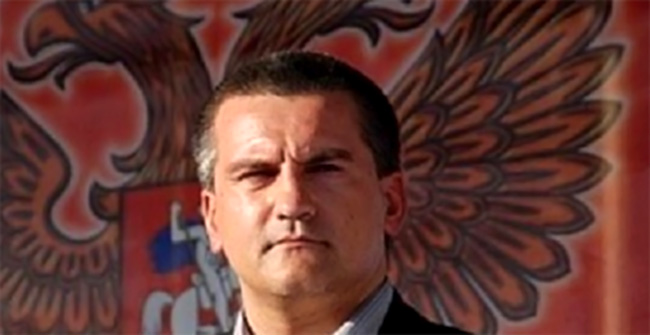 Activists of LGBT organizations in Russia and Ukrainian human rights activists expressed their concerns regarding harsh statements of a senior official in the government of the annexed by Russia Crimea. It was reported by the website krymr.com.

Recently so-called Crimean "premiere" Sergey Aksyonov provided statement about LGBT: "We in Crimea do not need such (gay) people. Anyone who would like to support dudes – at the street outside the Council of Ministers, but I believe, that our police and self-defense forces will react immediately". Aksyonov  also reported that "the authorities" of the region will never let homosexuals to conduct any public events on the peninsula.

"For a politician and the head of the region such a statement is unprecedented. On the one hand, Aksyonov  is not the one to decide who are allowed and not allowed to live in the Crimea", – commented the statements of the Crimean "premiere" the Director of the Russian LGBT Network in St. Petersburg Igor Kochetkov.

A lawyer of the network of legal reception offices of the Crimea Alena Luneva noted that recent statements by Aksyonov can be seen as incitement to discrimination. "It is not just an opinion; it is exactly the way the whole system would operate. This opinion is now the doctrine for the system of law enforcement and self-defense. Of course, it is illegal and violates human rights ", – she believes.

With regard to the voiced prohibition of gay parades the lawyer noted: "There is freedom of peaceful assembly, it should not be prohibited by law, especially based on such discriminatory grounds as sexual orientation".

Luneva sees in the statements of Aksyonov a nationwide Russian tendency on toughening national response to any desire of people to assemble peacefully: "The Crimea is now becoming a part of Russia, which does not accept any freethinking, support no rights of associations. To express your opinion in public becomes a crime in Russia, now in the Crimea as well". According to Luneva incitement to discrimination can lead to tangible consequences for representatives of LGTB community: " How could that be? Starting from unwillingness to employ and ending, perhaps, with application of physical violence against these people ".

At the same time a man who introduced himself to website Krym.Realii as a LGBT activist Artem Lavskyi, said that after the carrying out of parades and using force against its participants people could get physically hurt, therefore parades in the Crimea is not  fundamental for him. "If it will not happen – that's ok!" – he said.

Lavskyi commented the recent statements by Aksyonov as follows: "Perhaps he overreacted very much, considering that even Vladimir Vladimirovich Putin said that we do not forbid homosexuality in our country". Moreover, Lavskyi put hopes upon Russian top leadership: "Vladimir Vladimirovich Putin said that no resident of the Crimea will regret their choice, so far I believe these words".

Attention: We invite female activists to participate in feminist and lesbian school

Black&Blue PR in Ukrainian style and Equality Days in Mykolayiv