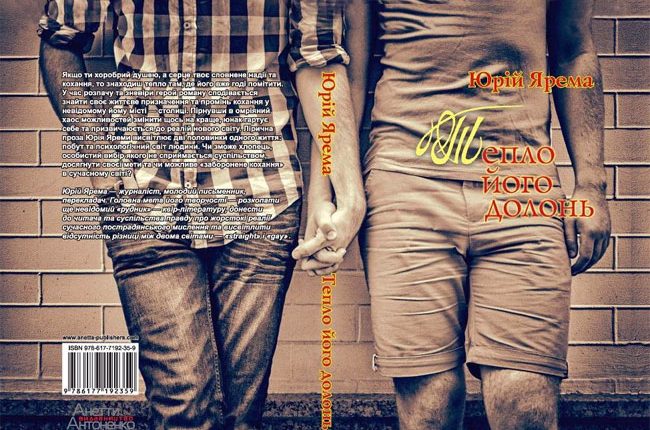 cover of The warmth of his hands
Ukrainian news

“Christian right to stone sodomites to death”. Radicals tried to ruin the presentation of gay novel

Kyiv presentation of gay novel “The warmth of his hands” by young Ukrainian writer YuriyYarema took place in YE bookshop on Kontraktova square on October 7. This event ended with calling the police.

About 20 aggressive extreme rightists turned up at the presentation trying to ruin it. Young people were shouting homophobic insults and demanding to stop this event.
“Human rights are not normal”, “Human rights are imposed on us by the West and by different Böll Foundations. And the Bible allows killing your enemies”, “I was deprived of my Christian right to stone sodomites to death”, quoted the radicals writer Larysa Denysenko, one of the participants of the presentation.

“For a while it seemed to me that I found myself in some Middle Age century and was about to be burnt at the stake as a witcher”, shared her feelings publisher Anetta Antonenko.

“No, Iwasn’tafraid. Howcanstupidityscareyou? To be honest, I didn’t believe in such things really happening nowadays, though others told me and warned me… Now I saw the obvious example of it”, she mentioned. In addition, Antonenko was sure that the “protest” of the radicals was paid.

Interview with the author: YuriyYarema: I want to forget it all as if it is a nightmare.