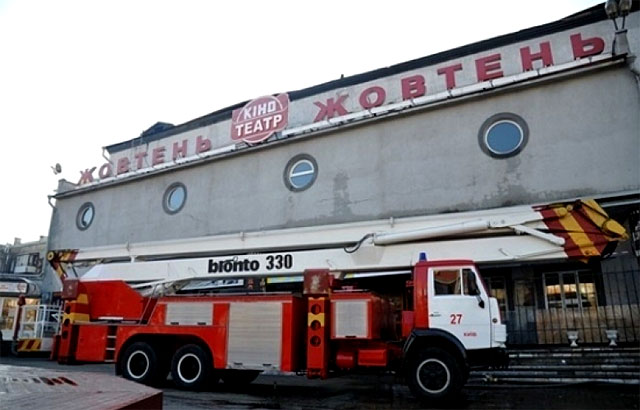 The court did not consider motive of hatred of LGBT while passing sentence on Zhovten Cinema arsonists, the lawyer of the cinema informed

The court did not consider the fact that the defendants in the case were driven by  hatred of LGBT while passing sentence on Zhovten arsonists. The information was given by Oleksandr Ruzhytskii, the lawyer of Zhovten cinema, during the press conference in Interfax-Ukraine agency on October 12.

Read also: The accused of Zhovten Cinema arson confirmed that they were driven by hatred of LGBT community

"The act of hatred was done, leading to the fire in Zhovten Cinema. Indeed, both convicts claimed that they had no intention to set the cinema on fire and their only intention was to ruin the show of the movie that they believed to be telling about non-traditional sexual orientation. So they stood their ground of intending not to destroy the property but to show their social position during the investigation of this criminal case and on the stage of court proceedings. As the result, the militia took absolutely no steps to determine real motive of the crime, being satisfied with the position of the accused. For the day we have a destroyed cinema, damage inflicted amounting to tens of millions of hryvniasand two convicted on probation, sentenced to 3 and 2 years of imprisonment with suspended execution. It means that they are limited with international travel ban only" claimed Ruzhytskii.

According to Zhovten' s lawyer the convicted were incriminated the hooligan motives that, according to the investigators, had been shown in the following actions: throwing smoke grenades and sabotage of the movie show. The court proceeded on the basis that there were no casualties as such. Also, the petition of the defense was accepted and mitigating circumstances were taken into account, such as sincere repentance, good references from the places of residence and study, young age and confession of guilt in both cases.

The lawyer noticed that Ukrainian legislation in action had no provision protecting such social group as LGBT from hostility and acts of hatred. "We have the prohibition of hostility and hatred on the grounds of race, religion and ethnic origin but unfortunately have no protection on the grounds of sexual orientation," he specified and added that the general wording "hooliganism" is used in such cases. 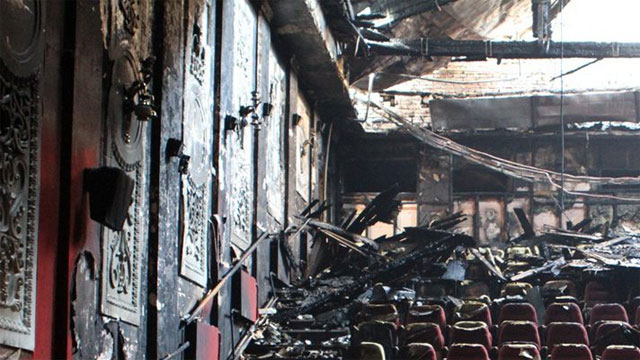 Ruzhytskii believes that the intention of arsonists to ruin the LGBT movie show should be taken into consideration as aggravating circumstance.

The lawyer told that the cinema part insisted on the investigators and the court paying attention to the fact that the actions of the criminals had been aiming at a certain social group. "We initiated new criminal proceeding with the focus on investigating the motives of hatred and hostility acts but we had no results. As of today the police openly ping-pongs our claims, giving us runarounds and telling that two cases are being investigated with our facts, namely the case of Zhovten arson and  the case of hooliganism that has been given to court," Ruzhytskii told.

The lawyer informed that the cinema part and Ukrainian Helsinki Human Rights Union were preparing the initiation of legal action in the European Court of Human Rights on the grounds that the state did not honour its commitments and did not investigate the motives of crime properly.