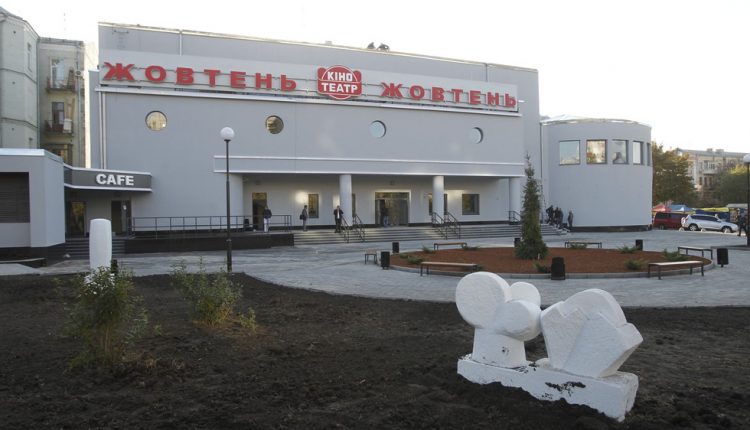 City administration “recommended” Zhovten cinema to give up on showing Sunny Bunny LGBT program of Molodist film festival. It appeared from the statement of the festival press service that was made the day before.

“Zhovtencinema has been repaired for a year and we were being told that it would be one of the main platforms of the Molodist festival. But when the time came to make arrangements, Zhovten itself or those who gave money on its reconstruction decided that they could be selective and tell Molodist what kind of movies they would want to show and when,” Tatiana Mokridi, the PR-manager of the Molodist festival told.

The representative of the movie event informed that this year Molodist festival would not cooperate with Zhovten cinema. According to her, one of the reasons for such decision was the fact that Zhovten refused to follow the program offered by the festival, with reference to Kyiv city administration recommendations.

It’s easy to guess what program they were talking about. For many years Zhovten was the main host of Sunny Bunny and it was set on fire during the show of one of the LGBT program movies of the Molodist festival. So it doesn’t seem possible to suggest that the city administration could be so unhappy with some other festival program.

Meanwhile the festival hopes for this trouble to be solved and is ready to cooperate with the cinema next year, so tells the statement of the press service.

The Zhovten cinema building that was damaged by fire last autumn was put in commission and ready for grand opening on October 18.

Sunny Bunny movies will most probably be shown in Kyiv cinema. The schedule will be made public next week. The information on Molodist LGBT program and the panel of judges is available here.

Let’s recall that last October Zhovten cinema was set on fire by two guys throwing smoke grenades to the cinema hall. At the hearings young people said that they were driven by hatred of LGBT. They were put on probation for two and three years, for “hooliganism”.

Read also: The court did not consider motive of hatred of LGBT while passing sentence on Zhovten Cinema arsonists, the lawyer of the cinema informed