The festival had two parts. On October 23 the grand opening of the event was held in Jam nightclub and the contestants were introduced to the audience.

The second day the participants of the festival spent in Kharkiv QueerHome, where movie show, discussion, photo and video shoot were organized. Evelina Smile and Maydana taught an exclusive master-class on make-up techniques. 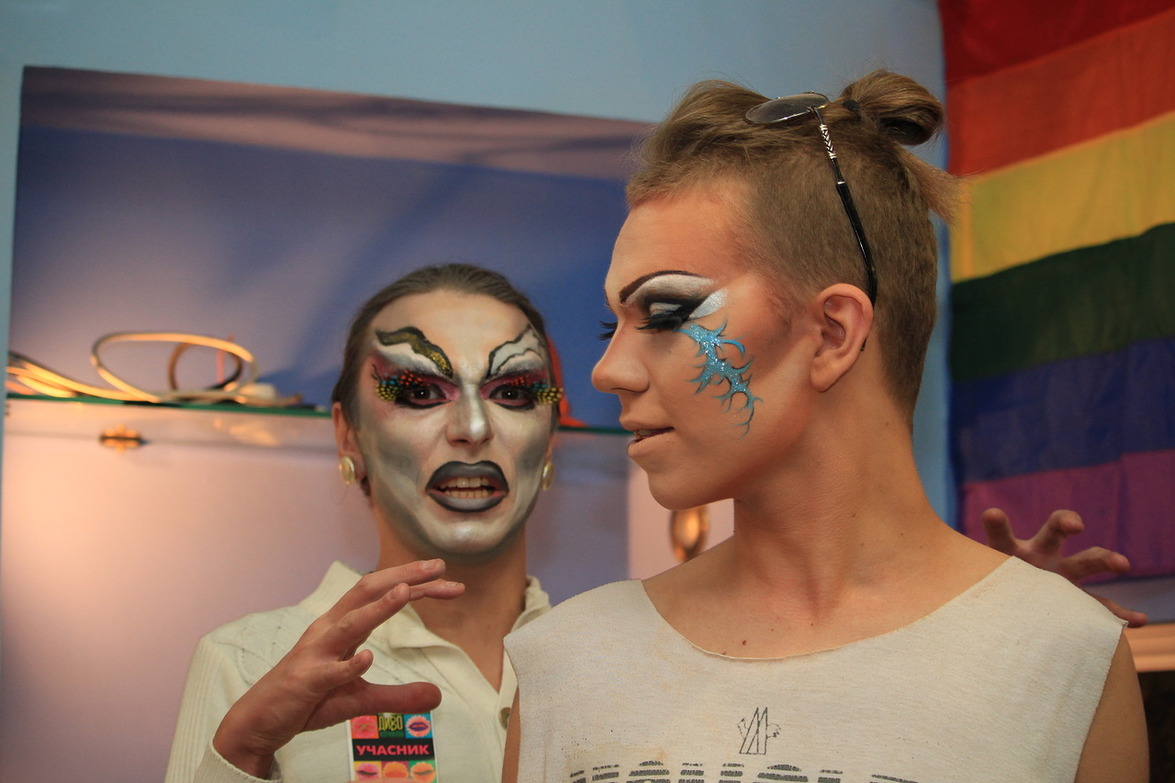 “The participants of the festival and QueerHome visitors had a chance to make some interesting changes in themselves and to transform their image. Some contestants said that it helped them to understand what direction they should go looking for their stage persona. The visitors enjoyed dazzling costumes, hairstyles, make-up and “acting”, as everyone always wants to see backstage,” the author of creative idea of Dyvo Zhorzhynove festival Zhanna Simeiz told.

That evening in Jam the participants contested performing the creative tasks and their performance was evaluated by the panel of judges. The judges of Dyvo Zhorzhynove were Queer Home Kharkiv coordinator Anna Sharygina, the representative of Blago Kharkiv City Charitable Foundation Viktor Samarin, founder and director of Burzhui club in Dnipropetrovsk Oleh Rubinstein, choreographer and teacher of PoleDance studio Volodymyr Myrochnychenko and philanthropist Oleksii Reshetniak.

Grand prix of the festival was shared by two contestants that scored the same — Three Graces group from Kharkiv and Maydana the Fiery from Kyiv. The Kharkiv group also got special prize The Winner Belt from Florist flower boutique. 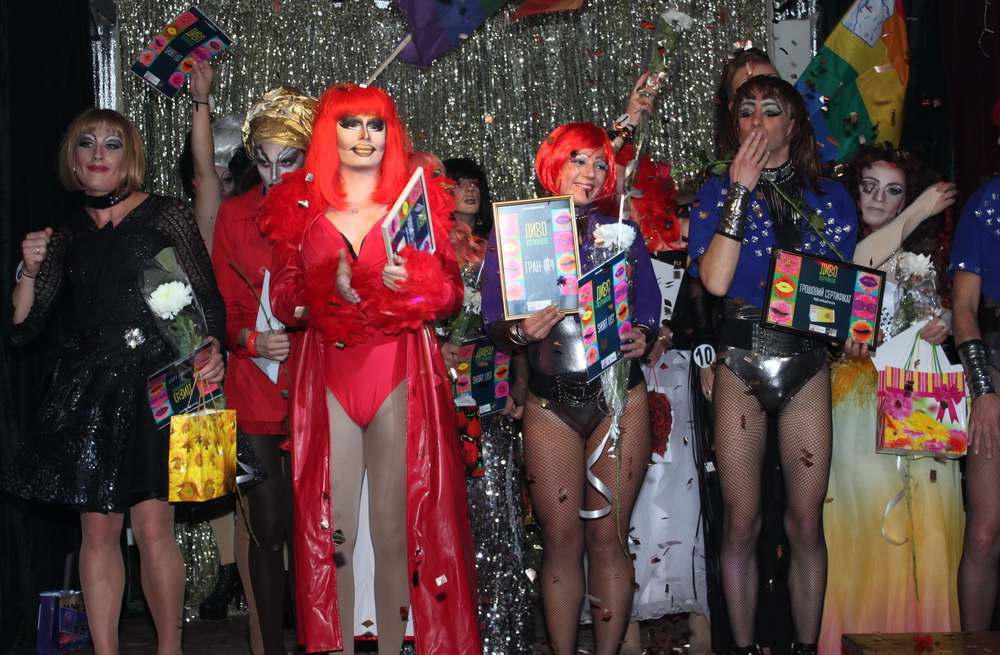 Different travesty contests took place in Ukraine before but according to the organizers of Dyvo Zhorzhynove they were mostly commercial and not creative ones. The idea of having drag queen event as a festival belongs to Denys Tolmachov. “We showed to the participants as well as to the visitors that drag subculture is not grimacing and lip syncing on the night club stage, but it is the whole show that includes the elements of theatre and variety art, make-up, costumes, the core of image and lots of other important components,” said he. 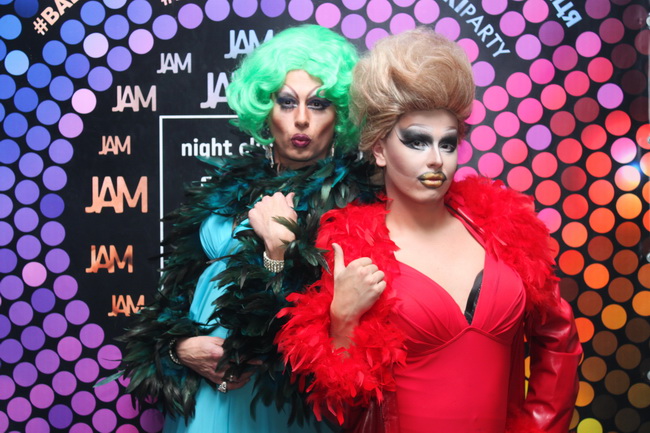 Zhanna Simeiz and Maydana the Fiery