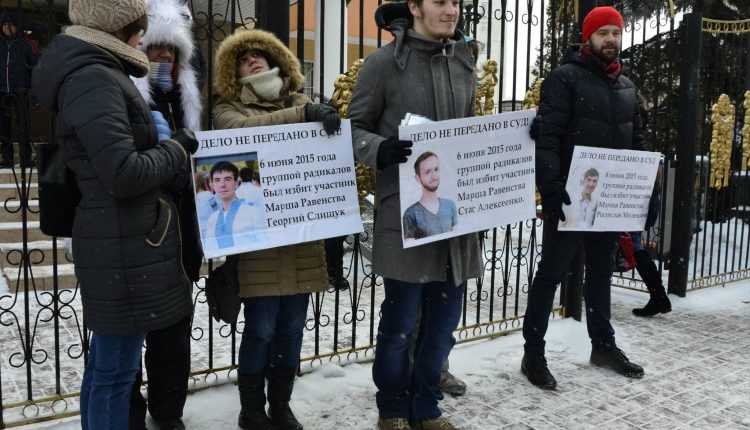 The court session on the attacks on the Equality March was postponed till February 12. Currently it is the only one criminal proceeding open after the March that reached the court.

Read also: 9 activists were injured coming back from the Equality March (PHOTO)

The activists picketed the building of Obolon district court at 11 a.m. demanding just punishment for the attackers and taking all other Equality March cases to court. Let’s recall that the suspects are charged with hooliganism (Article 296 of the Criminal Code of Ukraine) without regarding homophobic and transphobic motives of the crime. 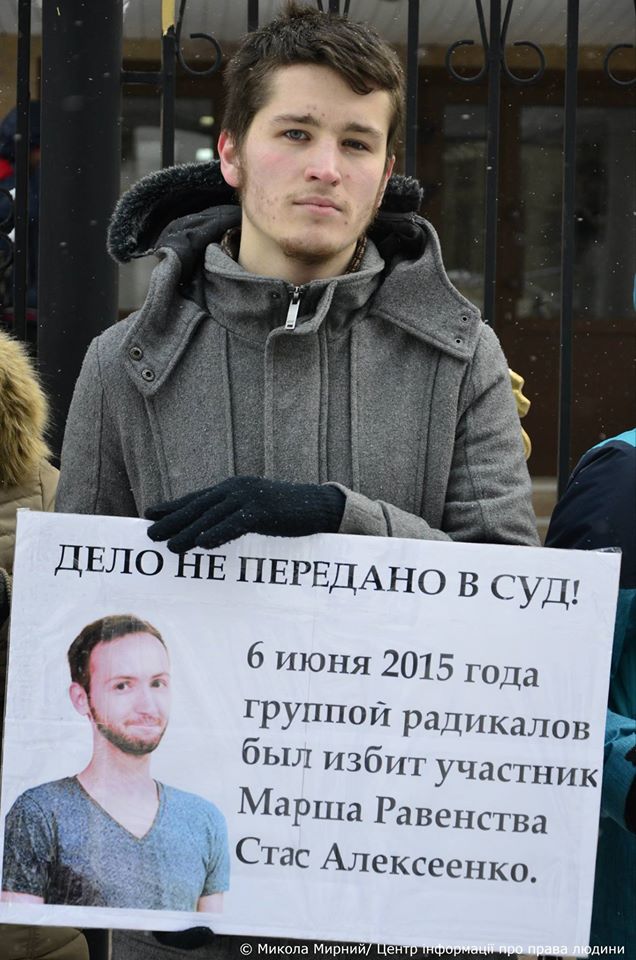 The case was not taken to court! Participant of the Equality March Stas Alexeenko was beaten by a group of radicals on June 6, 2015. 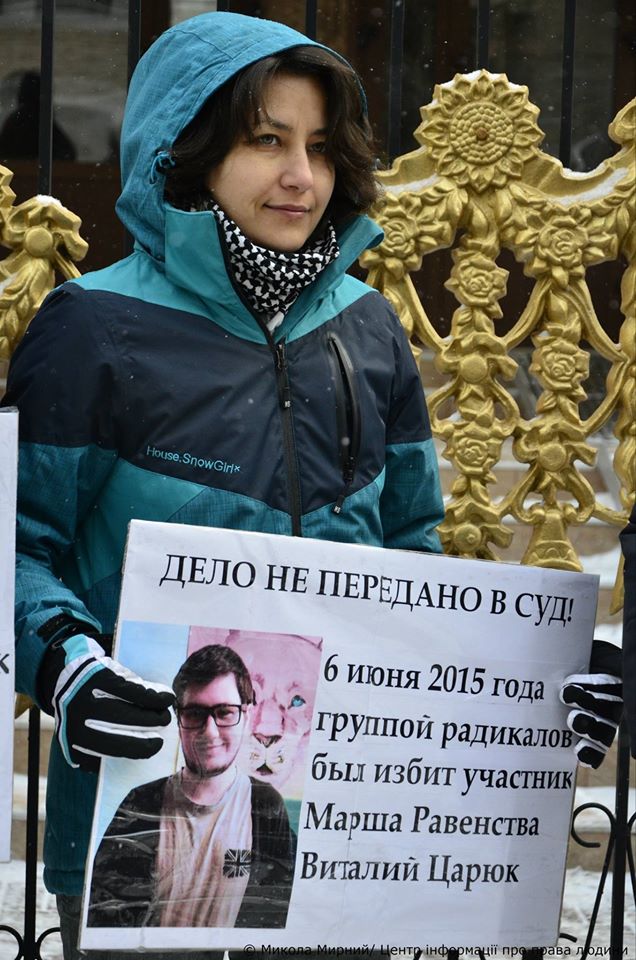 The case was not taken to court! Participant of the Equality March Vitalii Tsariuk was beaten by a group of radicals on June 6, 2015.

Different reasons of postponing the proceedings were told to the activists and to the journalists. One version was that the judge Y.P. Bevzenko had been on sick leave but the reference given to the journalist stated that the judge had been in the chambers busy with another case and hadn’t been able to preside over a court. Only one case with Y.P. Bevzenko that day was shown by the website of Obolon district court.

The activists intend to obtain justice and claim that they are ready for a new picket on February 12.

Let’s recall that on June 6 homophobic radicals attacked the Equality March and later on – the participants of the March who were going back home. More than 10 people were harmed physically and a law enforcement officer was badly injured.

The accused are the Right Sector fighters Kyrylo Viliamovskyi, Olexii Protokovylo, Danylo Dashevskyi and Vitalii Kyrylchuk. The court session was postponed for a second time (initially it was planned on December 25). First session was picketed by the supporters of Right Sector with a motto Come to Court – Don’t Let Homo-Dictatorship Rise. They consider that their associates are persecuted out of political motivation.

Who is it?: Our advertising about a spontaneous passion beyond gender and frames (PHOTO)

Potap: European gays don’t show off and ours are aggressive