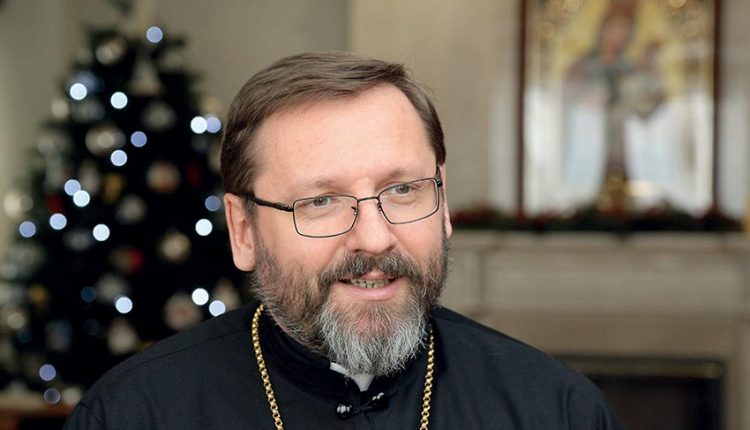 The head of UGCC: Gender is an atheistic term, but sexuality is a God’s gift

The head of the Ukrainian Greek Catholic Church Sviatoslav Shevchuk said that by speaking out against abortion, same-sex marriages and prohibition of discrimination of LGBT, the Ukrainian clergy wanted to show “the beauty of the church teaching about sexuality and matrimony”. The churchman shared his thoughts about it in the interview with Focus.

As we wrote in July last year Sviatoslav Shevchuk addressed an open letter to the Chairman of the Verkhovna Rada, in which he expressed fear that the amendments to the Constitution of Ukraine concerning the definition of marriage “contain serious threats to the institution of the family ”, and that “ they will lay the basis for the legalization of the same-sex partnerships, which are unacceptable for the moral health and natural development of society”. Later the head of UGCC criticized the amendment prohibiting discrimination of LGBT in employment adopted by the Verkhovna Rada, having called it “a dangerous precedent for the Ukrainian legislation.”

Read also: Council of Churches proposed to ban abortion and gay marriages at the constitutional level

“We don’t oppose the amendments. We are against new worldview schemes, which are being implanted in our society. It is very symbolic that discussion on that subject has actually united the religious figures of Ukraine: the positions of the leaders of Christian, Judicial, and Muslim communities were identical on this issue”, Shevchuk stated in the interview with Focus.

It can be added to these words of him that the homophobic rhetoric of the churches not just unites the religious figures of Ukraine, but also is actively used by the far-right movements, and feeds the hatred for the LGBT in the society. Again, eagerly declaring so-called “traditional values”, the church openly plays the Russian propaganda up directed against the European integration of Ukraine.

Read also: The prohibition of discrimination of LGBT has been removed from the amendments to the Constitution: Council of churches is against it (ru)

“Our church proposed to avoid exchanging the terms, which are laid in the terminology proposed by us. We think, it would be better to speak about non-discrimination in regard to human sexuality. Indeed, sexuality is a broader notion than sexual orientation, Shevchuk continued to share his knowledge in the field of sexology. “Gender is an atheistic term, which is disparate from the Christian conception of sexuality. In very deed, sexuality is a God’s gift, in which, inter alia, the secret of our destiny is. The notion “gender” derives from the definition of the sex role, which a person plays on a whim“.

According to Shevchuk, the Ukrainian authorities denied the church a chance to tell to the society, what a real Christian family is and what the dignity of human sexuality is.

“We wanted to show the beauty of the church teaching about sexuality and matrimony in this aborted discussion. We were ready to explain to the powers that be how to give a grounding to non-discrimination and respect for a human being. But it is very difficult to communicate when the other side considers that there are two points of view — its and wrong one“, concluded Shevchuk.