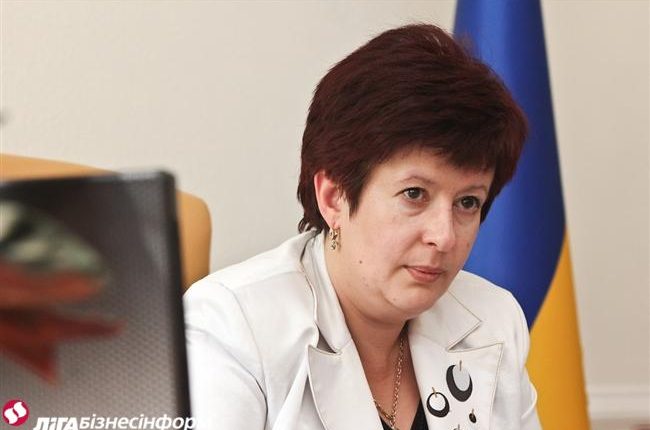 Ukrainian society keeps being prejudiced against LGBT community members and the status of transgender people didn’t have any changes for good last year. This is what the annual report of Ukrainian Parliament Commissioner for Human Rights Valeriia Lutkivska says, published on the ombudswoman’s official website.

Her 500 pages report Of the Status of Observation and Protection of Human and Citizen’s Rights and Freedoms in Ukraine pays special attention to LGBT issues. Separate chapter On Discrimination on the Grounds of Sexual Orientation and Gender Identity is dedicated to it.

“High level of prejudice against LGBT community members still exists in Ukrainian society manifesting itself in numerous discrimination cases […] and in crimes on the grounds of homophobic and transphobic intolerance. Lack of necessary legal mechanics prevents effective fighting the discrimination of LGBT,” the document states.

Adoption of Law 3442 about non-discrimination in employment on the grounds of sexual orientation and gender identity is one of few positive changes in this field, the report states. The Ombudswoman’s office insists that the same guarantees must be implemented in new Labour Code.

Besides, a series of measures for providing equal rights and opportunities for LGBT community members is put down in the Action Plan of the National strategy on human rights. In this regard the Ombudswoman hopes that dutiful and consistent realization of these events of the Action Plan will considerably improve the status of LGBT in Ukraine.

The report states that last year the Equality March took place in Kyiv, however it was assaulted by right radicals, and as the result about 20 people were hurt, including law enforcers and March participants. At the same time LGBT activists faced bureaucratic difficulties in realization of right to peaceful assembly in Mykolaiv and Odesa. Executive committees of these cities councils tried to ban public LGBT events through court actions. In Mykolaiv the court declared such ban illegitimate but Odesa court decided to ban the Equality March in Odesa contradicting the practice of European Human Right Court, the office pointed out.

The Human Rights Commissioner also turns attention to the tendency towards increase in crimes based on the intolerance of LGBT getting more pronounced last year. Human rights Nash Mir center documented 71 incident on the ground of hatred towards LGBT in 2015 that was twice more than previous year. The Ombudswoman’s office opened proceedings and made requests to the internal affairs authorities in regard of 10 such incidents, including most high-profile events: assault on the Equality March in Kyiv, explosions in Tema and Libertine clubs in Odesa, attacks on Queer Home Odesa and Queer Home Kryvbas and Cleopatra café in Kryvyi Rih. The motive of hatred wasn’t considered by the police in any offence case against LGBT. The report claims that usually such crimes were qualified as hooliganism even in those cases when investigators found that the lawbreakers had “disrespect for people of non-traditional sexual orientation” as their motive.

According to the report the status of transgender people is even worse. The provisions of legislative acts in action that define procedures of sexual identity correction and documents change are discriminatory and violate constitutional rights for freedom and personal integrity and respect for private and family life.

Besides, quite positive legal practice regarding transgender people’s rights is observed (ru). The example is the decision of Kyiv district administrative court that in fact declared illegitimate denial of medical certificate of sexual identity change (correction) to transgender man because of scope of surgical procedures being not enough for minimal operative intervention for people diagnosed with transsexualism.

In general, three claims of Ukrainian transgenders to the Ministry of Health represented by the Commission for sex change (correction) issues were sustained by Kyiv district administrative court appealing the demands of Order 60. However, all these decisions were contested by defendants and are on the appeal stage, the document points out.

Rejection of same-sex unions is a vestige of the USSR, according to Lutkovska