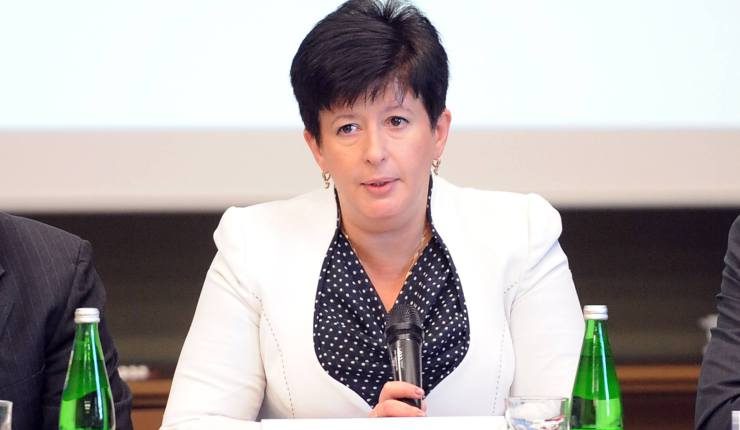 Rejection of same-sex unions is a vestige of the USSR, according to Lutkovska

Concerning the possibility of legalization of the civil partnerships in Ukraine, the Ombudsman Valeriia Lutkovska underlines she would insist on the governmental non-interference with privacy. That’s was her comment in the interview with Ukrainian news on the Action plan for the National strategy on human rights. We wrote earlier about the action plan itself.

Lutkovska admitted she did not remember who had come up with a bill about the partnerships. Because there were many people, who participated in the development of the action plan. All of them, including the representatives of the Ombudsman, worked in many working groups, who divided the National strategy according to the area, she notes. “The Ministry of Justice, who prepared the plan itself, had to encompass as many ideas as possible expressed during the meetings of the working groups. To tell you the truth, I don’t remember, who suggested to include this paragraph (about the legalization of the civil partnership for same-sex couples — editor’s note) in the governmental action plan”, said Lutkovska.

The Ombudsman evaded the answer to the question about her personal attitude to the legalization of the same-sex partnerships. Lutkovska sees the vestige of the USSR in the attitude to this issue from society: “The issue is very controversial. Do you know why it is controversial and painful to our society? Because we still cannot combat the consequences of living in communal apartments during the period of the USSR. It is because we were used to the situation that a female neighbour has a right to peep into the pot to check what I have put in the beetroot soup. And every neighbour knows what I will have for dinner, and when I do the laundry. Actually, it is my privacy.”

Read also: Russia freaks out: “Same-sex marriages will be legalized in Ukraine”

“In this case, I would like to say that I am not ready to interfere with another person’s privacy, and I am not ready to prohibit another person one or another way of life, she underlined. – “Thus, for example, I tend to non-interference, and I don’t evaluate a person from the position, what kind of private life he/she has. There are other criteria for me to evaluate colleagues, friends, people I meet.”

In addition, she stressed she would not change her position when it comes to legislative regulation of the same-sex relationships: “I will continue to insist that the state doesn’t have the right to interfere with a person’s privacy. I will defend my viewpoint when it comes to the legal review of the mentioned bill (about registered partnership – Author).”

We recall the Cabinet of Ministers developed in November the Action plan for the National strategy on human rights. Much attention is given to the protection of the LGBT rights. In addition to the mentioned bill on the legalization of the civil partnership, it is planned to hold information campaigns promoting tolerance among the public, to permit the transgender people to adopt children, and to include the motive of homophobia in the Criminal Code as an aggravating circumstance.

“LGBT thinking ruins the schemes of upbringing”, the scientists frightened by the National strategy on human rights