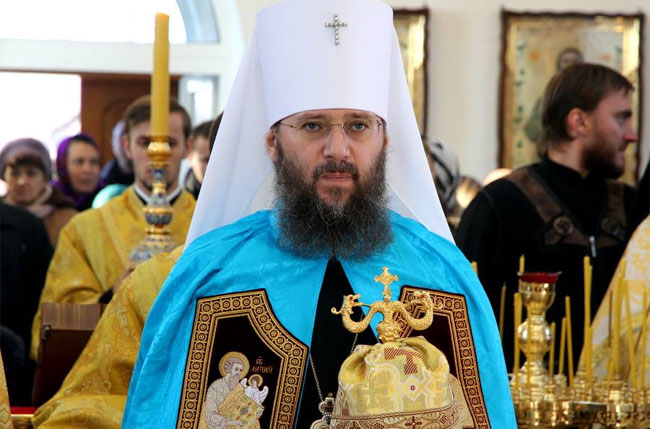 The representatives of the Ukrainian Orthodox Church follow attentively what is happening in the LGBT movement. Otherwise, it is difficult to explain the fact that the Chancellor of the UOC MP metropolitan Antonii (Pakanych), the member of the Inter-Council Presence of the Russian Orthodox Church and a graduate of the Moscow Theological Academy addressed this sensitive issue, once the day of the next KyivPride was announced (ru), and intention to organize in Kyiv the Equality Festival was expressed.

“The people afflicted with a serious spiritual malady adopt a defiant attitude towards the healthy part of the society. Demonstrating and promoting what one should be ashamed of, they insult other people, thus violating their rights”, quotes him news agency UNIAN.

UOC requires the authorities not to support LGBT public events in Kyiv and offers as always in such cases their own “values” to Europe, which are intolerance and bigotry. 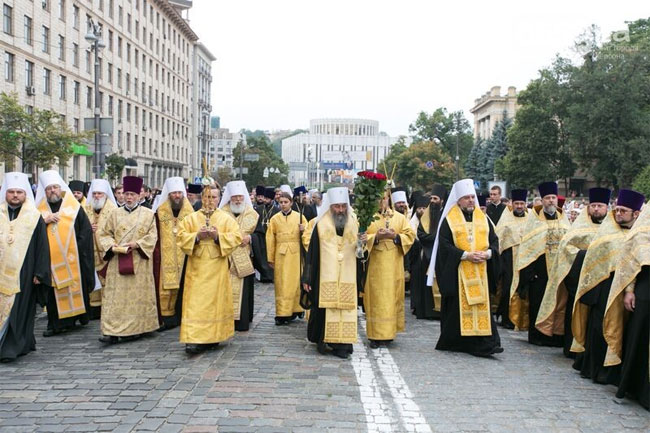 According to Antonii, “so-called discrimination fighters” increasingly speculate on the European integration, “The slogan of the European Union is unity in diversity”. Why should we copy, what contradicts our millennium-old morality and traditions of our people? Clearly, it would make more sense to us and the Europeans to learn from each other all the good things we have developed over centuries.

He reminded the European civilization has evolved from the Christian basis, “that’s why the true European values are integrity and traditional family”.

The Chancellor of the UOC MP called for the city authorities not to support the activities planned by the LGBT. “The sin of the unnatural relationships being so strongly promoted to the public is called sodomy. It comes from the name of the ancient biblical city – Sodom and Gomorrah (Sodom and Gomorrah are two cities, not one. – GAU note), where it was widespread. Their wickedness was so pervasive that God “rained brimstone and fire on Sodom and Gomorrah. It is the bottom of the Dead Sea now. I wish to encourage everybody to think what fate we want for our cities and our country”, his Grace Antonii frightens the flock.

The words of Antonii typify the manipulation and distortion of the contents of the Old Testament. It is said there God punished Sodom and Gomorrah not for the homosexuality, but for the inhospitality. As usual, the metropolitan didn’t say anything that happened after these cities were destroyed, i.e. the incest of the righteous Lot with his daughters, who got pregnant. This is likely to be considered as a family value the Bible accepts. As to Jesus, in whose honour the religion practised by UOC was named, he didn’t say a word about homosexuality and certainly not about its depravity.

“The activity of the sodomy supporters increases in the last weeks of the Lent. In these important days for the Christians I wish everybody being under the misapprehension to get enlightened through the Christ’s Resurrection and to hope for the eternal life”, metropolitan Antonii linked the rites with the LGBT movement.

However, some days ago and not far away from us the Lutheran (Christian) Church of Norway allowed same-sex marriages in their churches. Civil same-sex marriages were legalized in Norway back in 2009. 88 out of 115 Synod members of the Lutheran Church of Norway voted in favour of this decision. Lutheranism is a state religion in Norway. In contrast, in Ukraine the church is separated from the state under the Constitution.

According to preliminary data, a special wedding liturgy for the same-sex couples can be developed as early as 2017. While the Synod took this decision by voting, church officials were granted the right to refuse to officiate same-sex marriages. Erna Solberg, the Norwegian Prime Minister called it a historic decision as “the church must be for everyone”.

Thinking back to the words of the metropolitan Antonii, it is noteworthy that nobody has heard the representatives of the UOC condemning the far-rightists, who commit violence against the participants of the LGBT activities.

Avakov: Responsibility for sabotage of LGBT events rests with civil society as well