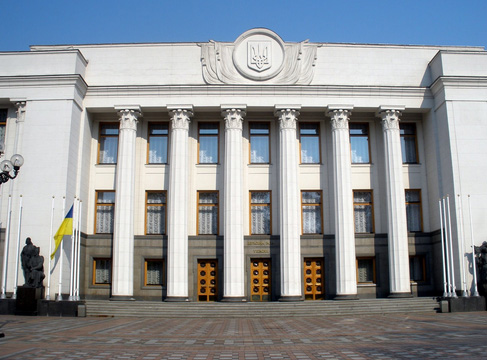 Verkhovna Rada of Ukraine will have to consider six draft laws at once that directly relate to the LGBT community. The documents were included into the agenda of the current session of the Ukrainian Parliament, reports UNN  referring to the press service of the Gay Forum of Ukraine.

In particular, the last phase of passing the Draft Law No.0945 (former 8711) entitled "On the Introduction of Changes to Certain Legislative Acts of Ukraine (regarding the protection of the right of children to a safe information environment)" will be soon held. It will include the presentation of profile Committee on Freedom of Speech and Information, headed by Mykola Tomenko, on withdrawal of this draft law from further consideration.

The Draft Law No.1155  entitled "On the Prohibition of Propaganda of Homosexuality Aimed at Children" of authorship by Vadym Kolesnichenko is also ready for discussion. This draft law could easily be adopted in the first reading. In any way this is exactly what was suggested for consideration of the Parliament within the draft resolution introduced by the profile Committee on Legislative Support of Law Enforcement, headed by Andriy Kozhemyakin.

It is also planned to conduct the last phase of passing the Draft Law No.2133 entitled "On amendments to some legislative acts (about non-admittance of adoption of Ukrainian citizens by individuals who are in same-sex marriages)", introduced by MPs from Svoboda Party Igor Miroshnichenko and Alexander Mirny. Profile Committee on Family Affairs considers it necessary to undergo the draft law for follow-up revision.

Furthermore, it is expected the consideration of the alternative draft laws No.2342 and No.2342-1. The first of these documents was submitted by the Government and signed by the ex-Prime Minister Mykola Azarov. It proposes to include sexual orientation in the list of grounds in the field of labor relations, based on which discrimination is prohibited in Ukraine. The second one was introduced by MPs from Svoboda Party Igor Miroshnichenko and Alexander Mirny and on the contrary proposes to exclude sexual orientation from the mentioned list.

Into the Parliament agenda was also included a draft Resolution No.3722 entitled "On the required changes to the Association Agreement between Ukraine and the EU to protect the institution of the family and traditional values in Ukraine", introduced by six MPs from the Party of Regions faction – Vadym Kolesnichenko, Andriy Derkach, Dmytro Shentsev, Olena Bondarenko, Oleg Tsarev, Serhiy Kivalov. The document proposes to withdraw from the Agreement all the provisions, which "implementing legalization of same-sex relationships", although such provisions have never been even included in the first place.