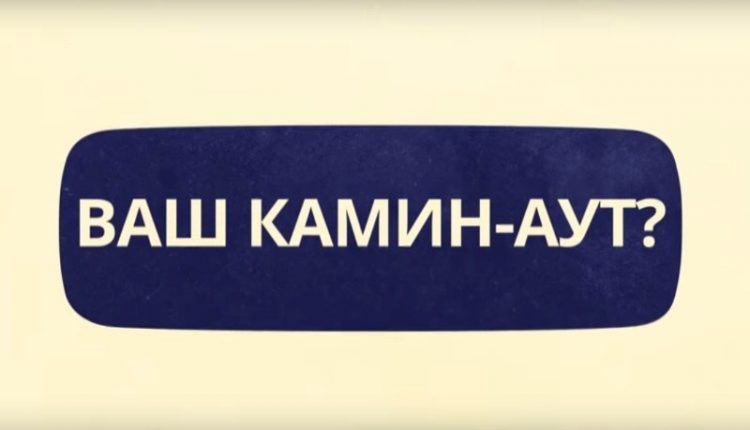 Activists of We Exist initiative made video supporting coming out (VIDEO)

Participants and central figures of We Exist campaign made video supporting coming out. Open gays, lesbians, bisexual and transgender people tell about their coming out and how it changes their lives.

Coming out is public recognition of one’s sexual orientation or gender identity. People who can freely talk of such otherness promote LGBT visibility and raise tolerance in society through this.

Some 10% of Ukraine citizens belonging to LGBT are indeed abstract for a common Ukrainian, until somebody real appears beside him, a friend, a relative, a neighbour or a colleague who doesn’t hide that he\she belongs to the community.

The video supporting coming out was directed by Yuri Yoursky, the program director of Gay Alliance Ukraine. The activists and friends of our organization took part in it, and their stories are already on our website: Friedrich Chernyshev (ru), Anna Gubska (ru), Anna Leonova, Borys Zolotchenko, Maksym Bychinskyi, Georgii Slishchuk (ru), Yurii Kovalenko.

Let’s recall that in early March Gay Alliance Ukraine launched coming out campaign We Exist that had no time limits. Dozens of people have already told us of acceptance of their sexual orientation and gender identity.

We publish the stories of people on special page of our website; for some of them coming-out became the turning point in life and others recently ventured upon this new step. And it’s very important for us to have as many such stories as possible.

If you want to join this campaign, send your story to [email protected].

Unfortunately, personal coming out can sometimes have very unpleasant consequences, so this process must be prepared and well acknowledged in advance.