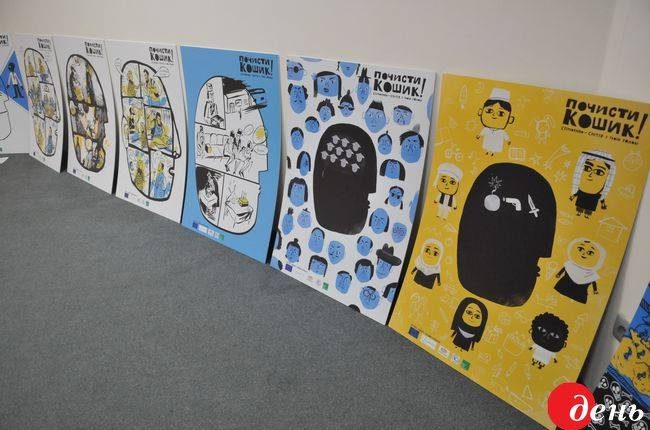 Characteristics of the game: whatever the participants do, and whichever place for the game they choose, soon or later orcs appear in that place and try to disturb the participants. The teams “authorities” and “police” can prevent the appearance of the “orcs“, if they do good work. But they come to help at the last second, as a rule. 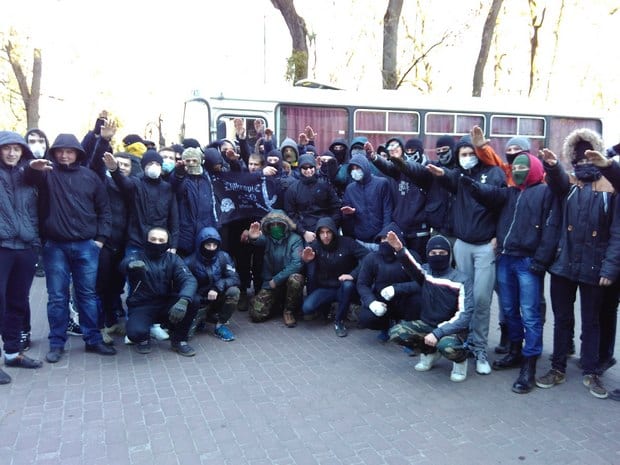 Task: to hold a number of closed events and a city quest. According to the priests and radicals, city quest is a terrible and morally destructive thing. The point of the quest: the teams of two-three persons walk around the city and carry out some tasks (such as to find some monument and take a selfie near it). Of course, when people do such terrible things, the court should ban it. The reason is rather clear: the festival is organized by the LGBT organization. Consequently, all the participants are exceptional “perverts”, who will stroll through the city wearing dresses and feather boa. That’s why one of the teams (in this case media) begins to call the quest a gay parade. And the Lent with football as a bonus because it is also „not relevant now“. It is logical, isn’t it? From bad to worse.

Read also: Equality Festival is put in jeopardy: it’s already been called “gay parade” and accused of being pro-Kremlin provocation

The court bans all public events on the weekend in Lviv. However, the organizers decide to hold the festival, given that most activities are not for the public. And this is the point, where the show starts. After the venue of the event was changed (hotel Lviv considered the festival too dangerous, and again, the “perverts” are coming!), the guests watched the video about the discrimination of the LGBT people, people with disabilities, internally displaced people and ethnical groups in the “closed-door” room of the hotel Dnister (thanks to the management, it was adequate). The participants also could watch the Indonesian film about the gender diversity. Then there was a discussion with the members of TERGO – the organization of parents of the LGBT children.

By that time, the hotel was surrounded by the group of enemies – “orcs” – the very same gopnyky, who decided not to let depravity in Lviv, even if the announced event takes place behind closed doors. Again, somebody called and told about the bomb in the hotel.  And finally, the team “police” got onto the game, which only at that moment saw fit to come. It evacuated the participants, the organizers, and the guests by busses to the safe place. Of course, no explosives were found. But as a result, the part of the festival’s programme was disrupted.

After that, it is better to watch a video with the “orcs” running after the steel machine from the future trying to shower stones on the enemies. In general, the law enforcement officers worked well. And they haven’t failed to boast about it on their site(ua). However, according to the source of GAU, they started to move only after the call from Kyiv_authority. Kyiv_authority is an interesting team in our game. Often it doesn’t have time for the human rights movements. But when the politics oblige, it can even descend from the Mount Olympus and say: “You, subdue the orcs”.

So, the terrible and destructive quest didn’t take place. The team of media got a big FREEBIE as a chance to write about the attempt to hunt the gays out of Lviv showering stones on them. And the law enforcement officers had a nice ride in the busses, as they admitted. LGBT were blamed, however, on a deliberate provocation ahead of the referendum in the Netherlands telling that other reaction couldn’t be expected. The mayor of Lviv  Andrii Sadovyi blames both LGBT and the attackers for what has happened(ua), being quite sure that the court made the right decision to ban the festival. Obviously, according to him, the European city Lviv should look like that.

WHAT HAVE WE GOT BY PLAYING. The first conclusion: police have the capacity and the means to protect the activities of the LGBT, but it doesn’t have any wish. The second conclusion: the Lviv authority doesn’t care about the image of the city. Or they care but in some weird way. The third conclusion, the obvious one: “orcs” are not the beings to enter into discussions with, as the editor of the magazine Patriarchate Anatolii Babynskyi advised two days ago on the air at ZiK channel. And the last conclusion: when gopnyky in ski masks give the Hitler salute and shower stones on the members of the LGBT community, who have gathered to watch and discuss a film, the LGBT community is blamed on provocations. And it won’t change soon.

The elements of the “win”. The situation with the attack on the participants of the Festival was covered by most media. And some part of the media covered the news correctly. A lot of politicians reacted and wrote that it was absurd what had happened in Lviv and that the behaviour of the local authorities had been inadequate. Thanks also to the parliamentary group Euro-optimists, whose statement on the need to protect the activities of LGBT(ua) became a small step toward civilization. Thanks to the United States Ambassador to Ukraine Geoffrey Pyatt, who has also responded to the events in Ukraine. By the way, we can feel rather soon, how law enforcement and authorities will heed the calls.

Agata Vilchyk: I waited for the negative reaction, but it just increases the need to be myself