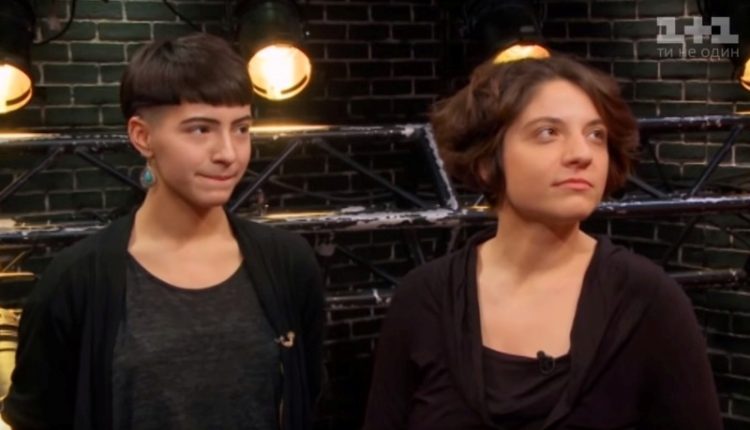 Agata Vilchyk: I waited for the negative reaction, but it just increases the need to be myself

The contestant of the reality talent show Holos Krainy 6 (Voice of the Country) Agata Vilchyk has become the first openly LGBT person to be selected during the blind audition at this contest. Agata said she was lesbian in the live show on 1+1 TV channel.

The girl told Gay Alliance Ukraine that she came to this project first of all to show her talent. “I came to the project to get new experience and to show to a lot of people how I can sing. Later, once I understood, they would ask about my personal life, I thought, “That’s great. It seems, in Ukraine nobody has told about his or her homosexuality on TV. So, the time has come”, Agata shared her thoughts with us.

Actually, there are people who came out to the Ukrainian TV viewers, but not at this contest. For example, the openly bisexual Yuliya Balaeva has won in the first season of the reality show Vid Patsanky do Panianky (From Ladette to Lady), 1+1 TV channel. After her win, Yuliya was repeatedly asked by the media about her sexual orientation. In one interview Yuliya revealed that throughout the show, her girlfriend hated the television. However, coming out of the closet on live TV happens, frankly speaking, rarely here.

Commenting on her participation in Holos, Agata notes to be very surprised by the positive attitude of the audience towards her revelation. “Of course, I waited for the negative reaction, but it just increases the need to be myself and the joy that the other people felt the support”, she added.

“I am not married because I love women. My feelings for women were, are and remain among the most important in my life. Among the strongest, deepest… If it isn’t right, then what is right?!”, wonders Agata during the show. After the blind audition Agata said to the judges that their band drummer and her girlfriend came to support her. Having heard it, one of the judges Potap gave a temperate reply, “It is courageous for Ukraine…Cool!”

Read also: Potap: European gays don’t show off and ours are aggressive(ru)

At the audition Agata Vilchyk sang the hit Hallelujah by Leonard Cohen and obtained the place in the team of Tina Karol. “I think, it is important to be open in this regard because there are many more gays, lesbians, bisexuals than it seems. […] They are people among us. That’s us”, underlined Agata in the conversation with Katia Osadcha backstage.

Volunteers about Queer Home: first of all it is freedom