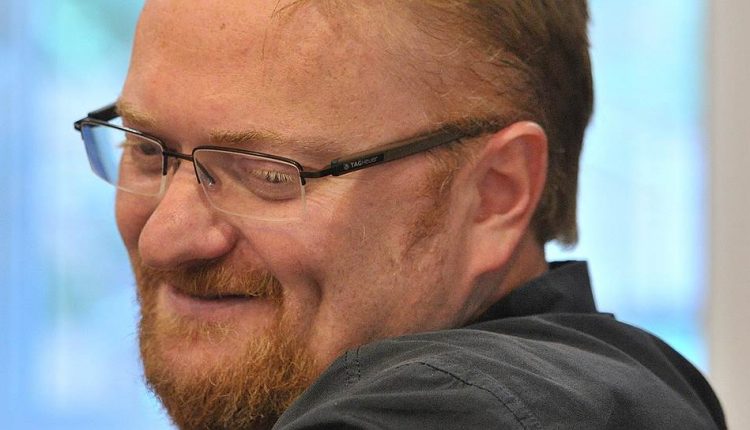 Intolerance for LGBT that is growing among the people of Russian Federation makes them stronger, clearer spiritually, more sound morally and helps them to oppose the sanctions as the member of Legislative Assembly of Saint-Petersburg Vitalii Milonov believes. The people’s representative talked about it with the Russian News Service.

“Our society has some problems with anti-Russian and Russsophobic sanctions so it has to be ideologically and morally stable. The society that loves same-sex couples and appreciates same-sex marriages won’t survive any attack,” Milonov said.

He talked about Europe by way of negative example believing that tolerance there resulted in “migrants sitting on the table with dirty feet, raping, robbing”. “The society of worm-footed, splinter gay-lovers risks to lose its country and turn into some occupied territory again, as it has been in times of cordovan caliphates,” the MP believes.

According to Milonov, the growing of homophobia level in Russia speaks for spiritual self-perfecting of people. “RF citizens’ view and attitude got free from that sewage that was quietly intruding here during the stinking wilds of the 1990s. We are back to the normal view on this problem and the society is on the way of spiritual purification. Spiritual purification can’t go with the dirt. Where is the light, there must be no dirt,” he claimed. 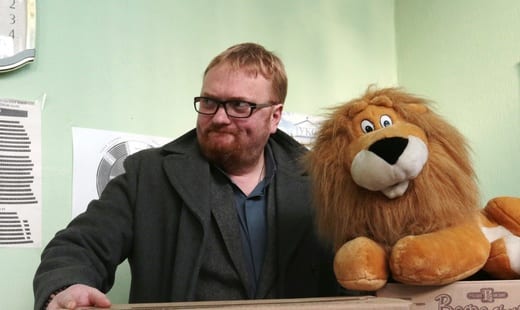 Milonov himself is relentlessly working on spiritual bonds protection, fighting for high morality and virtues of the Russian people.

In particular, the MP prepared an appeal to the Prosecutor-General’s Office demanding to check All Shades of Blue stage play by Konstantin Raykin for gay propaganda. Milonov says that this show that talks about the problem of the society’s intolerance to the people with different sexual orientation is “shit and rubbish”. The politician believes that the stage play of Satirikon theatre is violating the law on the ban of propaganda of non-traditional sexual relationships among minors and also “harms moral health” of Russia, TASS writes.

Besides, Milonov addressed Russian Ministry of Foreign Affairs asking to appraise the work of British diplomatic personnel in Saint-Petersburg. This uncompromising gay fighter demands to send away Keith Allan, the consul general of Great Britain in Petersburg, because of his supporting Side by Side LGBT movie festival. Meanwhile Radio Baltica informed that Consulate-general of Great Britain was simply a partner of the festival’s opening show.

Read also: Gulya Sultanova: We didn’t make this festival a political one, the situation around us did it

“The British diplomats being partners of this cinema festival may be considered from the point of view of supporting these movements and organizations in changing the political course and disruption of morality of our country,” Milonov insists.

Day of Kindness: Queer Home activists handed out tokens for underground and treated passers-by to coffee