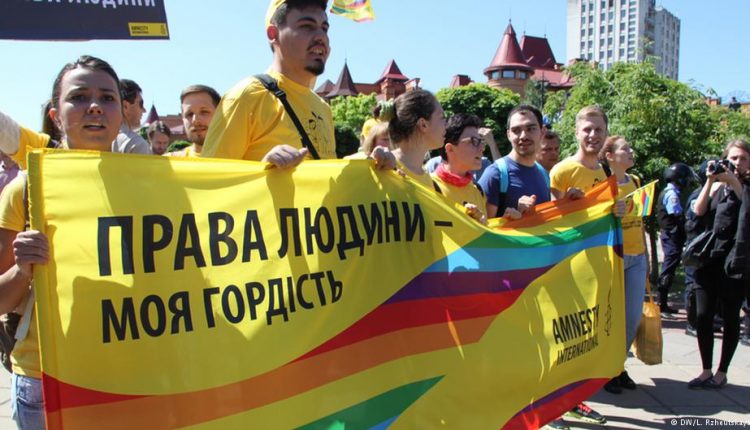 “Of course we welcome changes to the employment legislation but it’s not enough. Our organization speaks of complex, comprehensive non-discrimination legislation needed not only by LGBT but also by other often discriminated minorities,” Mazur told.

The human rights advocate added that LGBT is one of the groups whose rights are most often violated in our country.

New report of Amnesty International about observation of human rights in the world in 2015-2016 pays special attention to LGBTI in Ukraine.

“Gay pride took place on June 6 after long negotiations between its organizers and the authorities. President Petro Poroshenko supported LGBTI right for freedom of meeting before and after gay pride. Still the police agreed to secure the event only the day before it. Dozens of right wing activists broke through the guard and attacked gay pride. Ten participants and three policemen were injured, 25 attackers were detained but let out soon. The organizers got 274 messages with threats on their phones and via Internet. At the end of the year 4 criminal cases against LGBTI attackers were open and investigated,” Human Rights in the Modern World report of the organization states.

The report also stated that the court in Odesa had forbidden street meeting for LGBT rights last August, at a pretext of “threatening public peace” and safety of its participants. And OdesaPride festival itself, that the street meeting had been planned to be a part of, was attacked by the unknown – some people in masks threw crackers and smoke flares to the office of the organizers of the festival.

The report marks adoption of the non-discrimination amendment to the employment legislation on the ground of sexual orientation and gender identity as a positive example of Ukrainian authorities activity.