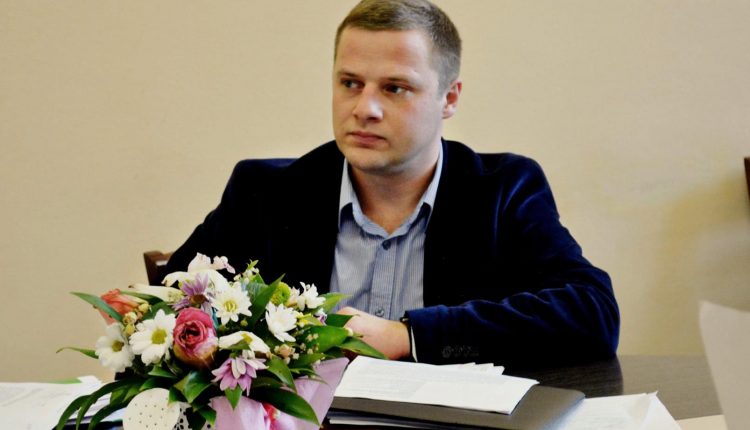 Zaporizhia state council deputy and ATO combatant Andrii Sohoryn is sure that discrimination on any ground is unacceptable in civilized society. The people’s deputy harshly condemns homophobic attacks on LGBT events and supports legalization of domestic partnerships in Ukraine, as he tells GAU.

“I support legalization of same-sex marriages,” Sohoryn wrote on his Facebook page after notorious events in Lviv. The member of city council decided to express his support for Ukrainian LGBT, boiling over the Equality Festival sabotage by radicals. We addressed him asking for detailed explanation of his position.

“I am the head of Commission for legitimacy of Zaporizhya city council and our job description includes also international cooperation and human rights protection. It was hard reading the comments of Europeans after the events in Lviv. We were total savages for them, the same as people of Asian and African backward countries seemed to us. My own indignation was caused by tough guys in ski masks beating innocent people up,” Sohoryn claims.

Read also: “It’s horrible”: the response of the functionaries to the events in Lviv

He believes that Ukrainians need to respect human rights if they want to be a proper part of the European community. Besides, the deputy sees no contradiction in being Christian and tolerating people with different sexual orientation.

“If we are moving towards European society, we have to accept European values the core of which is human rights. Let’s take Germany as example. Christian-Democratic Union with Angela Merkel as its head has organization of gays and lesbians. Are they some other kind of Christians? No, they are the same. God made us the way we are and our task is to accept each other regardless of faith, nationality, sexual orientation, gender,” the deputy pointed out.

Sohoryn underlines that diversity and freedom of personality are vital for the prosperity of the society. That’s why he insists on legalization of domestic partnerships as necessary for our country.

“Absence of discrimination is the maturity and strength of the society against the attempts to split it. This is the power of sovereignty. That is why I believe that it’s acceptable for our country to introduce domestic partnerships legally, close the issue, stop cheap politics and deal with more urgent things. Stop being savages!” the deputy urges.

By the way, Andrii Sohoryn has been mobilized to army unit 3029 (Cheetah special unit) of the National Guard of Ukraine since March 31, 2015. He is senior lieutenant, commander of squad of operational designation. He is married and has two children.