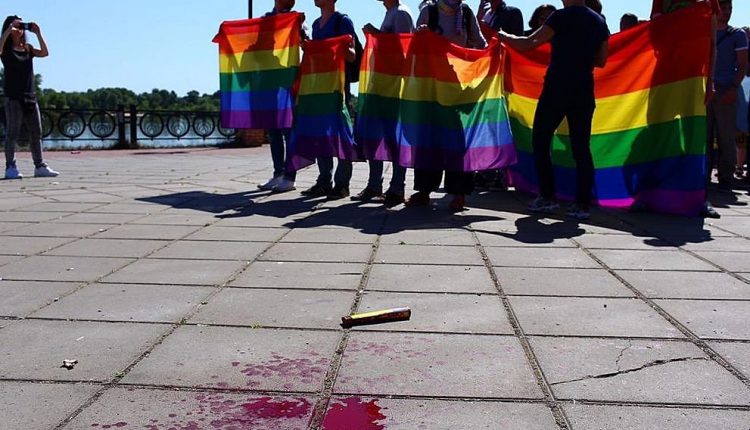 We have asked the leading activists what this year was for the Ukrainian LGBT movement, and what they will remember it for in addition to the amendment to the Labour code. 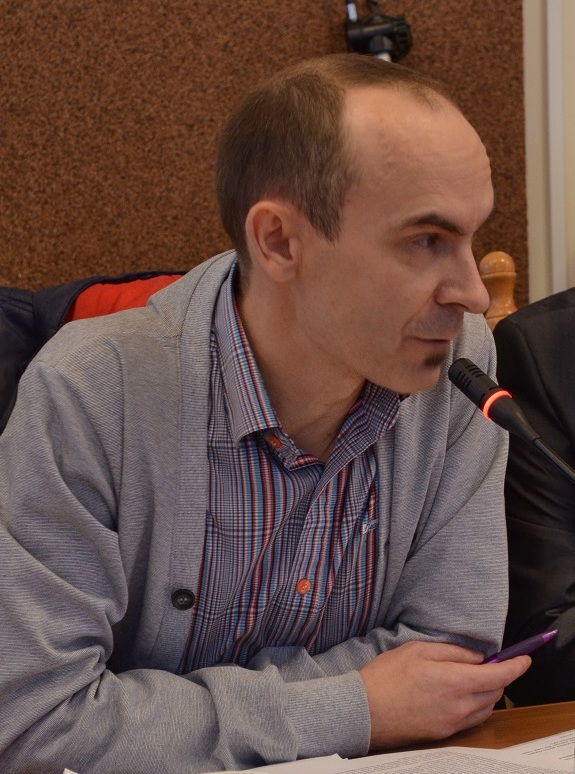 Andrii Kravchuk (Nash Svit):  “This was the year of our first victories: for the first time the President of Ukraine spoke up for the rights of LGBT (ru), the people’s deputies participated in the Equality March and introduced the bills into the Parliament that prohibit discrimination on grounds of sexual orientation and gender identity. And the discussion on the visa-free regime with the EU showed that our society is much less homophobic and more tolerant than many people can think. On the one hand, it will be an exaggeration to attribute all these changes to the activities of the LGBT movement. The issues related to LGBT became a popular topic for the Western society and politicians; and basically, it played its role. On the other hand, without the work of the Ukrainian LGBT activists our problems would remain invisible for the Ukrainian society and our Western partners. I think, it can be stated that we have reached the new stage of development, both our whole country and our LGBT community. So far, we have taken the first steps, but we will not stop, we will handle this road till the end”. 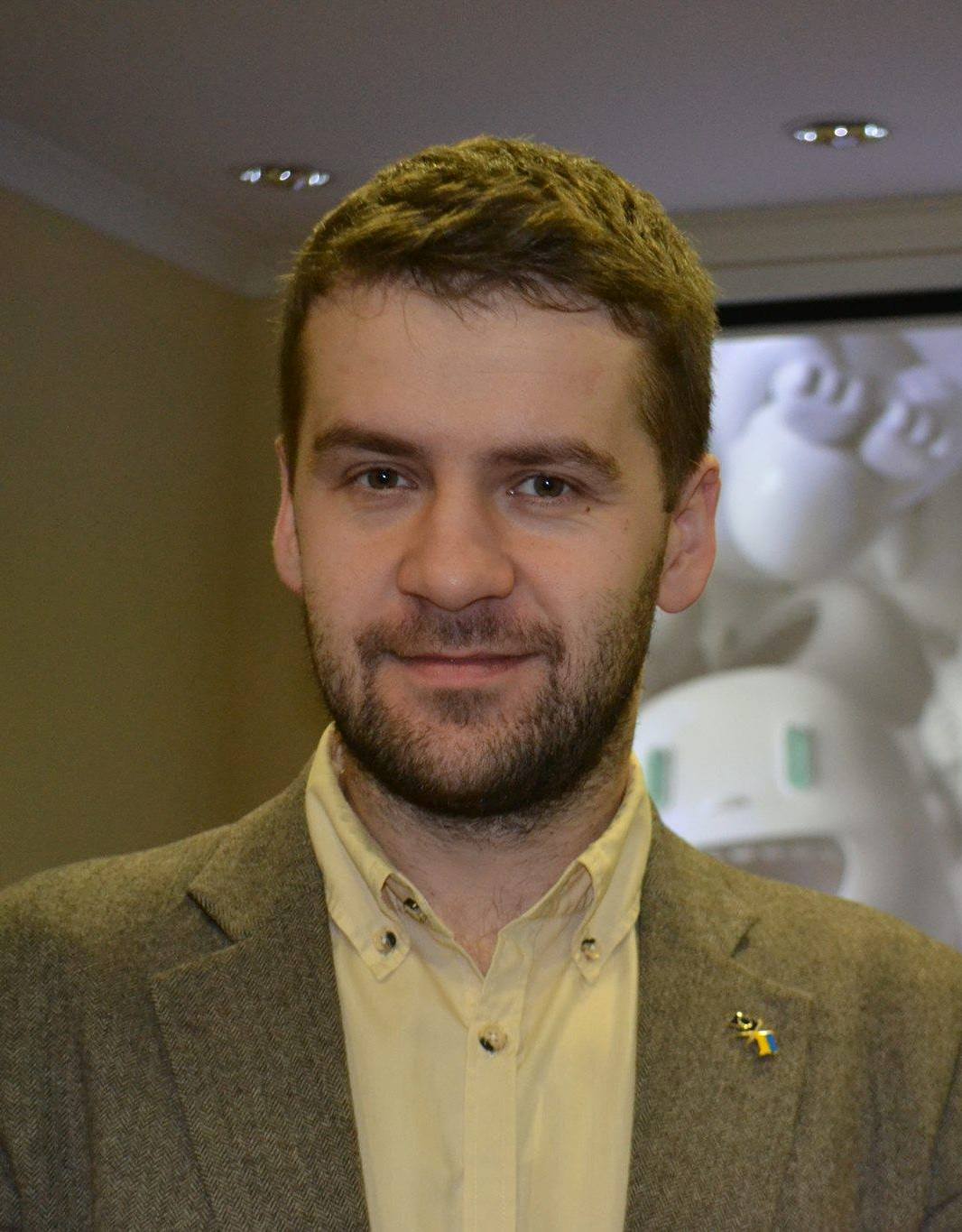 Zoryan Kis (Freedom House): “I think, it was a breakthrough year for the Ukrainian LGBT community. We have held the Equality March in very difficult conditions. We literally “gnawed” it. And it empowered us to succeed in our pressure on adoption of the amendments to the Labour Code. Of course, it will be difficult for me to forget the experiment we performed with Tymur Levchuk, which ended with us being attacked in the centre of Kyiv; first of all because I still receive letters from the strangers thanking us for having taken part in this experiment (ru). Unfortunately, the investigation into the attack against us was closed, but we do not give up. I hope, it has become the year of insight for the LGBT activists, because throughout the year there could be seen a big gap between the activist crowd and so-called community, it still does not exist as a community. For the first time we started the discussion about the registered partnership at the Ministry of Justice level, and this is actually the beginning of the next stage in our struggle. Again, our opponents woke up and mobilized, that is why I look forward to KyivPride 2016. I wonder how they will proceed”. 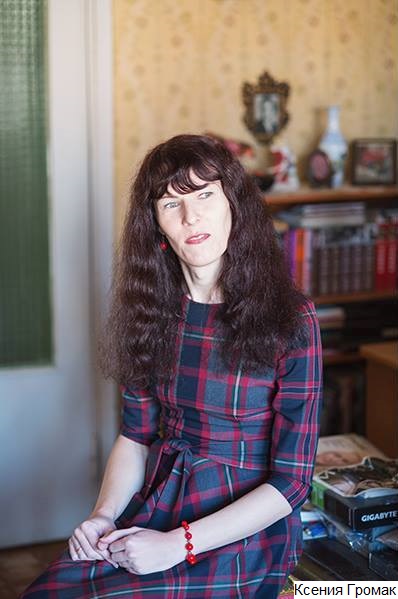 Inna Iryskina (Insight): “It so happened that I got more deeply involved in activism in this particular year. And maybe it influences my subjective perception, but I feel the LGBT movement is on the rise now. For example, in addition to the adoption of the non-discrimination clause in the Labour code, it is very important that LGBT showed themselves to be a force, which is ready to go to Maidan and fight for its rights. Besides, I think that the situation in the information space slowly but surely changes in our favour. More often you can hear the voices of the journalists and media persons who enter the human rights discourse and condemn homophobia. It gives us hope that soon homophobia will be a marginal phenomenon, even though it can be heard now, including within the walls of the Verkhovna Rada. Certainly, I cannot fail to mention the International transgender conference held in October in Kyiv – the first event of its kind in Ukraine. I hope there will be further productive cooperation for the realization of the rights of transgender people in our country”. 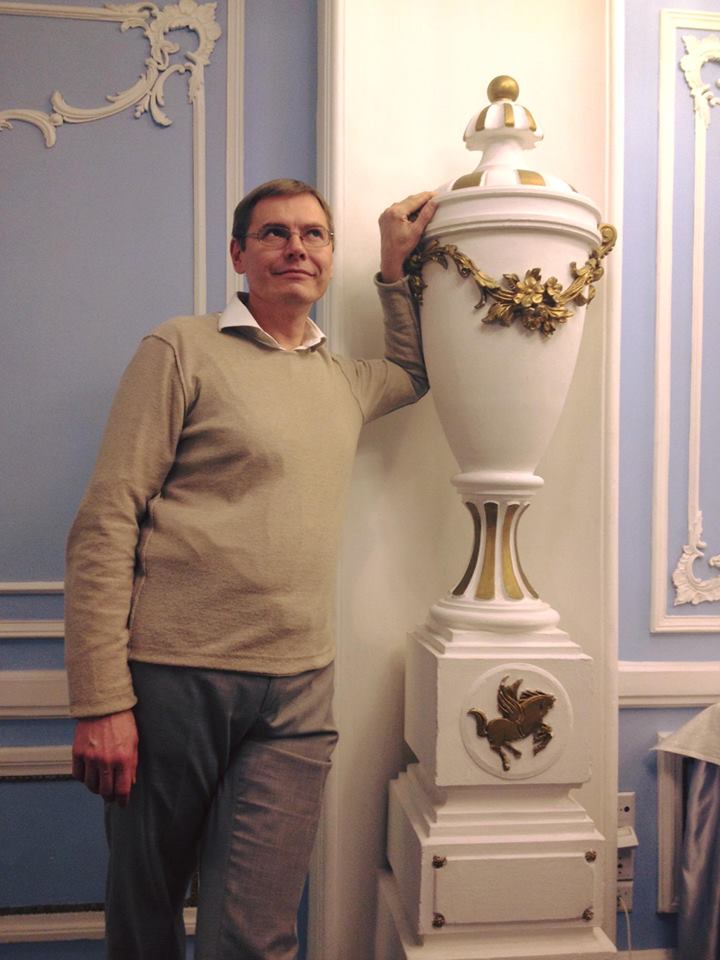 Maksym Kasianchuk (DonbasSocProject): “I think, for the Ukrainian LGBT this year has become the year of activist generation change. Someone once best defined us, the first activists as “dinosaurs” (ru). We are still remembered, but already as a historical fact: yes, there were such people. This impression took root when the book about LGBT movement was published in the summer. Our movement has become something ordinary for the society. The society is still irritated by the Pride, but that is not the apocalypses. I remember this year as the year of Taras departure (Taras Karasiichuk is one the founders of KyivPride and Gay Alliance Ukraine, is now in New York, he and his husband applied for political asylum – editor’s note). It seems, everybody is set for the transformation of life in the country. There is no coherent system “priesthood-nobility-raznochintsy (people of miscellaneous ranks)” anymore when most influential leaders consulted a PRG (Permanent reference group – editor’s note). The movement lives its own life now. And that is good: “the youth are always dear to us, the old are always honoured by us”. 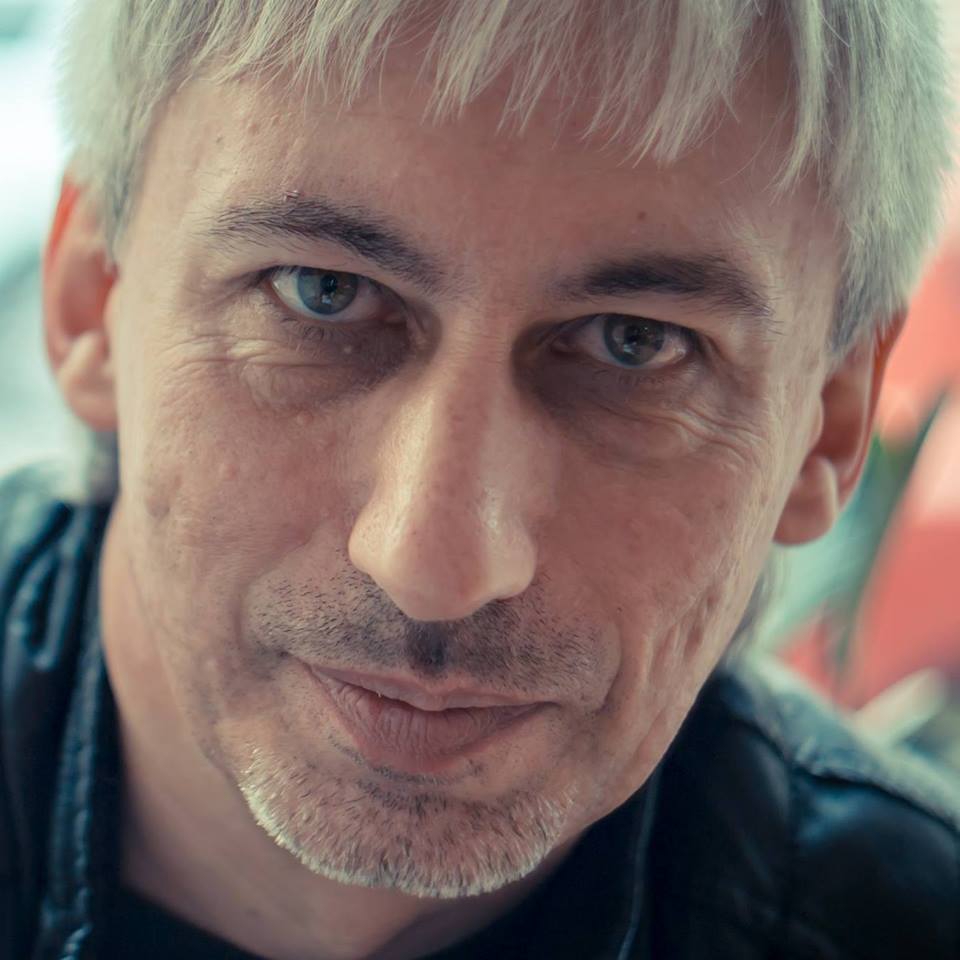 Stas Naumenko (Gay Alliance Ukraine): “2015 turned to be all right, in general. A peaceful life has begun to establish somehow. KyivPride went more or less normal. Pride-Odesa woke up. Another LGBT conference took place. The society gradually learns to claim its rights. There has not yet been a qualitative breakthrough in the attitude of the politicians towards LGBT theme. But there have been several encouraging signals, including the amendment to the Labour code and active, outspoken support of LBGT by some deputies of the Verkhovna Rada (ru). In the past this support was mainly behind the scenes. Unfortunately, many smart members of the movement left the country; we are not far behind our north-eastern neighbour in this regard. But Ukrainian society consolidates, after all. Slowly, with a relapse of old conflicts, but still. Club life is coming back, but a full-fledged gay business is still just a dream… Something close to me: the subcultural magazine Gayd! continued to be published, the newspaper Stonewall is available again. But nobody knows when the magazine Odyn Z Nas will return. Somehow we could fill gaps having published the book “Ukrainian LGBT movement, 25”. 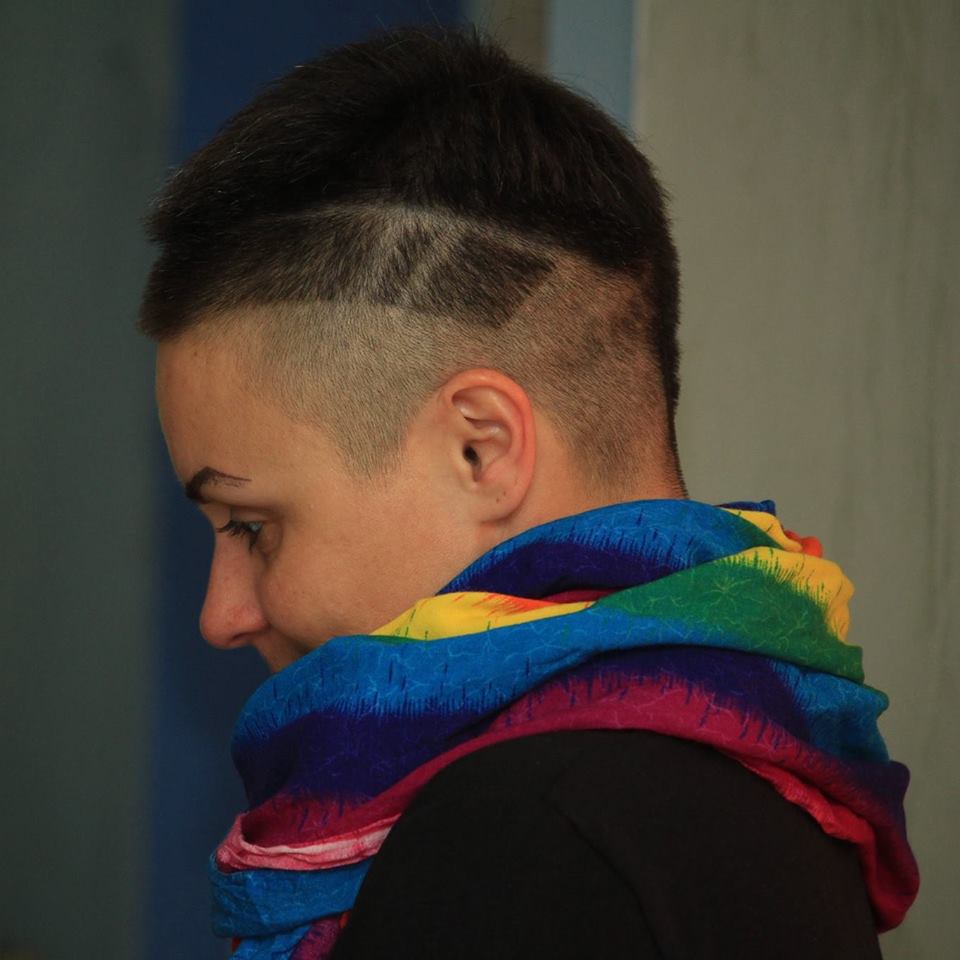 Anna Sharyhina (Gay Alliance Ukraine, Sphere): “As an executive director of KyivPride 2015, I consider the Pride itself and the Equality March to be most essential point – a trigger and an aspiration for other changes in favour of LGBT. The huge support this initiative got is a result of many years of work of the LGBT movement in Ukraine. However, it expanded exactly in 2015! Being a regional activist, I cannot fail to mention the opening of several community centres – QueerHomes in the cities of our country. People with another sexual orientation and gender identity who do not live in Kyiv feel much more pressure than LGBT from the capital city. Activists from other cities should make greater efforts to attract public attention to the topic of equal rights for everybody. It is a “huge plus” if there are additional resources for it”. 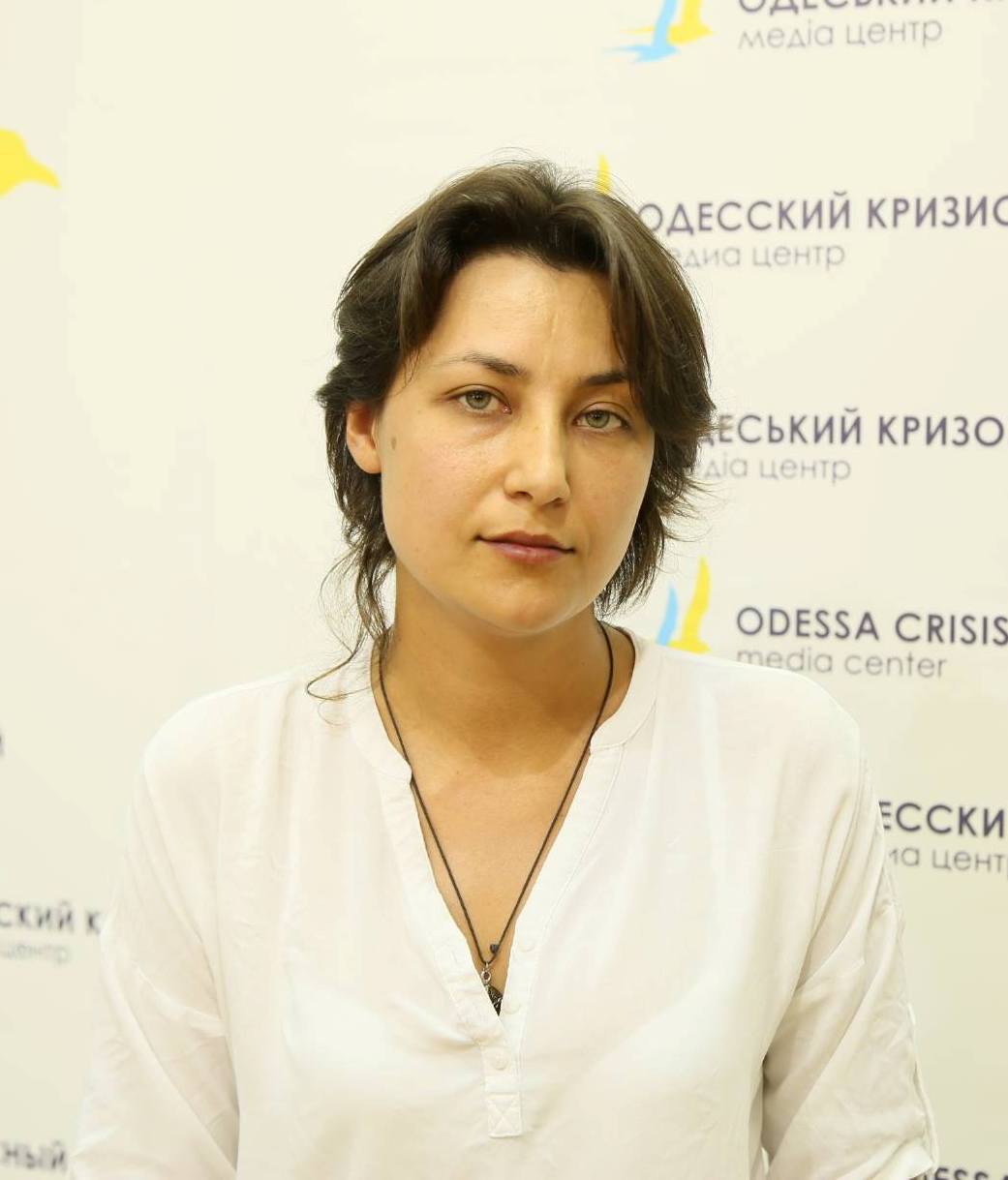 Anna Leonova (OdesaPride): “The most significant LGBT events of 2015 are definitely the Prides. At that, I was much disappointed by the behaviour of Odesa authorities in regard to OdesaPride, as well as by the inability of most national LGBT organizations to take kindly to the development of volunteer movement in isolation from their political strategies. One of the most major events is the National LGBT conference, which has reached a fundamentally new level this year. As I see it, a new wave of young activists appears in Ukraine (young not so much by age, as by involvement in the movement). They are highly motivated, willing and goal-oriented boys and girls. I am sure, the future of the LGBT movement is based on two simple things: volunteer movement and small initiative groups. An unexpected and inspiring discovery was for me that general public is ready to support our activities, to support LGBT rights within the human rights in general”. 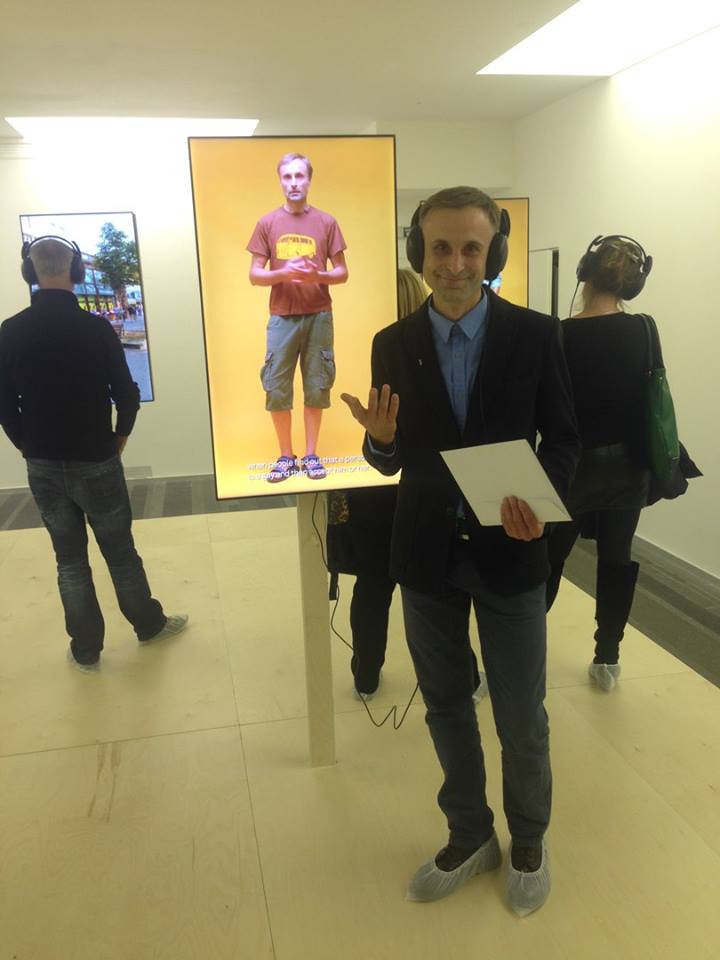 Oleksandr Zinchenkov (Nash Svit): The year 2015 and as well as the previous one was a “watershed” year not only in the history of the country but also for the Ukrainian LGBT. You can reach this conclusion if you sum up the recent events. Something positive is that the state started perforce to listen to our voice and target European standards. Firstly, it has had an effect on legal developments: inclusion of sexual orientation and gender identity in the Labour code, work on the new Constitution and Action plan for the implementation of the National strategy for Human Rights (ru). Finally, the state had to accept the Equality March and to learn to protect it somehow. Talking about negative, this year has marked a record growth of homophobic crimes and their gravity. At the same time, I think, the point of return is already behind, and the rate of positive change will depend on ourselves, our openness towards the society and how we support each other”. 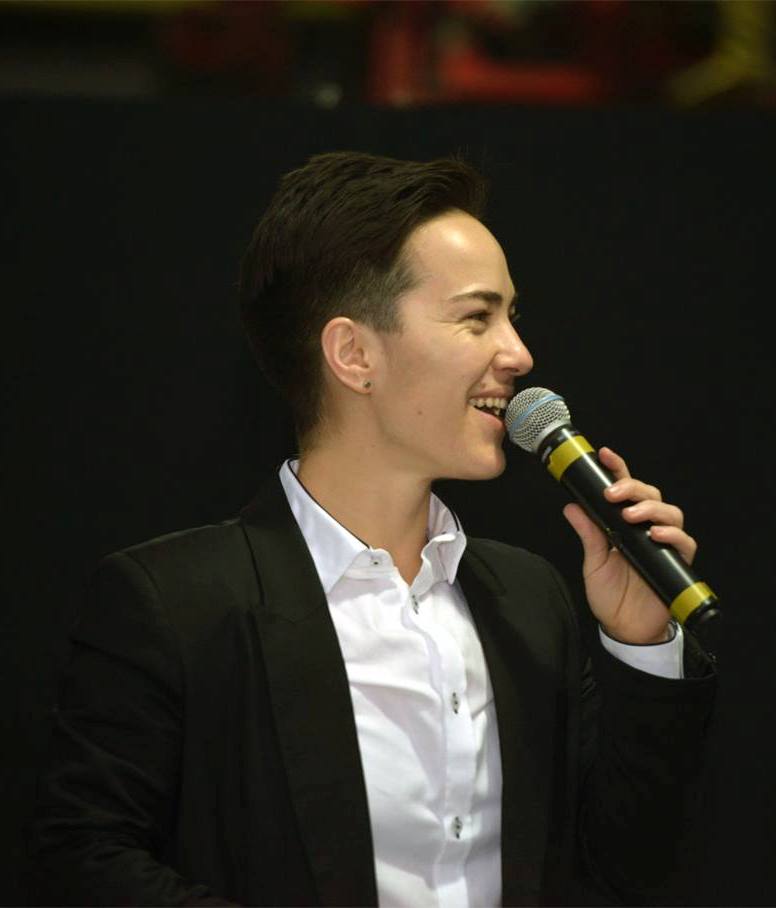 Olena Shevchenko (Insight): I think it was a controversial year for the advancing of LGBT rights in Ukraine. On the one hand, a lot was said in public about problems and needs of LGBT people. On the other hand, it often upset much what and how was said. Unfortunately, the people working for the state continue to believe that they have the right to express the views of the majority of the Ukrainian population. The politicians think that protecting the LGBT rights they commit a political suicide. But we see that society and people change. This brings hope”. 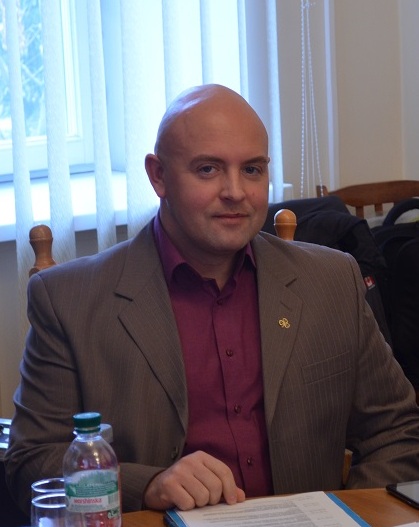 Svyatoslav Sheremet (Gay Forum of Ukraine):  “This was the year of persistent concerns about the safety of our guys. I recall the wanton murders of Sasha Kobzev in Kyiv, Ihor Rabotyahov in Kharkiv, Yura Voinov in Luhansk, Sasha Barmakov in Zhymomyr and other guys from different cities. This was the year when we saw as through the looking glass the abnormality of our penal legislation, which does not have any idea, what a homophobic or transphobic crime is. The same story is with a failed investigation into Zhovten Cinema arson  when the culprits have got off with a suspended sentence, and without any fine. And a homophobic bomb attack of the club Libertin in Odesa (ru).

For me this was the year of the massive exodus of our guys from Ukraine forever: we lose valuable minds and a working population, sadly.

At the same time, this was the year of convergence between LGBT communities of Ukraine and Munich, Warsaw, Prague and many other Western cities. This was the year of landmark events, including the unusual queer wedding of Inna Iryskina (ru), and remarkable event I will disappear soon (ru) in front of the Kyiv City Council, and the LGBT festival “The Equality and Pride Days” in Mykolaiv (Bug), and the First national transgender conference, and two Pride weeks – 4th in Kyiv, and 1st in Odesa. And of course, a superb November rally of LGBT activists on the shore of Kyiv reservoir.

I think, 2016 will be also challenging for the Ukrainian LGBT. It will be the year of a fight, success and failure, our attitude to it often depends on our inner determination. That is why I wish you to stay positive!”